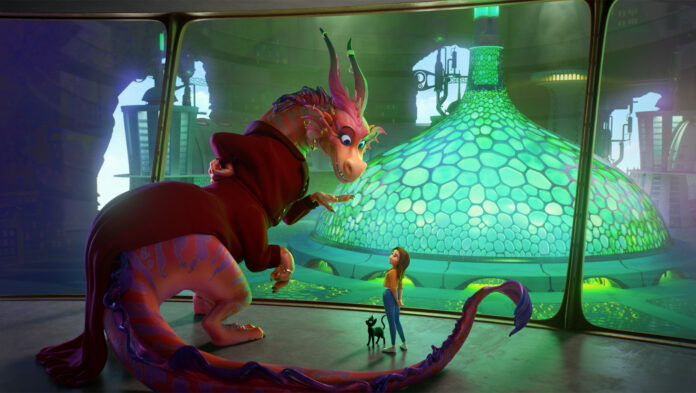 Following a teaser released in May, Apple has released a new trailer for Luck, the first feature-length animated film from Skydance Animation. Peggy Holmes, of The Little Mermaid: Ariel’s Beginning and Secret of the Wings, is the director.

The film centers on Sam Greenfield, the unluckiest person in the world, and her journey through the actual Land of Luck. She must join with other magical creatures, including a lucky black cat, on a quest to bring some good luck back home for her best friend.

From Apple Original Films comes the story of Sam Greenfield, the unluckiest person in the world, who when she stumbles into the never-before-seen Land of Luck, sets out on a quest to bring some good luck home for her best friend. But with humans not allowed, her only chance is teaming up with the magical creatures who live there to do it. “Luck” is produced by Skydance Animation.