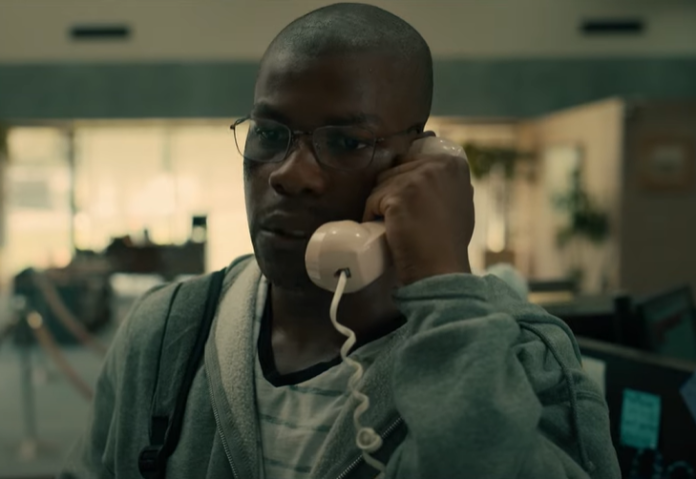 Wow, I mean WOW. It’s not too often that I can say a trailer really shook me at an emotional level, John Boyega’s performance in the upcoming Bleecker Street film Breaking is allowing me to say just that. Boyega, who is apparently back to prove that he’s way more than just a Star Wars character, electrifies as Brian Brown-Easley, a US military veteran who’s been screwed over by the VA and has been left with only one option…to walk into a bank with a bomb and hold the staff hostage until he gets what he wants.

It’s not really responsible of me to start throwing Oscar nom talk around based on a trailer but, damn it, you can FEEL the hopelessness, sadness, and pure desperation coming off Boyega throughout this trailer. Sadly, the trailer is marked ‘Based on a True Story’ which is made even more sad by the fact that this is the first time I’m hearing Brown-Easley’s story. Make no mistake, the brave men and women who risk their lives defending this country get screwed over more times, and in more ways then I want to count once their term of service is up. While I will step back from launching into a tirade on that, I will say that I’m glad this story is being told and damned if Boyega doesn’t seem more then able to fill those emotional shoes.

The trailer is a bit bittersweet as it reminded me that a little less then a year ago we lost the great Michael K. Williams, but it looks like he was able to get this film under his belt with his usual gravitas.

Look for Breaking only in theaters August 26th

When Marine Veteran Brian Brown-Easley is denied support from Veterans Affairs, financially desperate and running out of options, he takes a bank and several of its employees’ hostage, setting the stage for a tense confrontation with the police. Based on the true story.