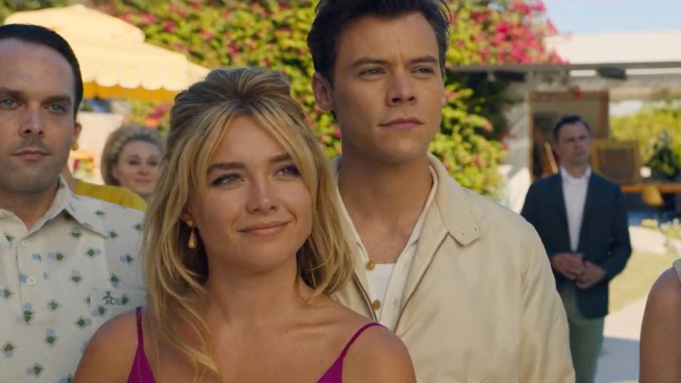 Nothing is as it seems in the idyllic 1950s suburb of Olivia Wilde’s upcoming film, Don’t Worry Darling. But then, years of films examining that seemingly perfect era have shown us that those times were only good for a very narrow group of people, and Florence Pugh’s character in the film is definitely not on the list.

On the surface, all seems well in the all-American utopia of Victory, set in the middle of a desert far from the rest of society. Pugh’s character Alice is living a happy life with her husband Jack (Harry Styles), while the town is overseen by well-to-do couple Frank (Chris Pine) and Shelley (Gemma Chan). The men work hard, and they come home to a wife that’s kept the house clean and dinner ready. But there’s a dark secret lurking in Victory, one that will reveal it’s true purpose.

The film reunites Wilde with her Booksmart writer Katie Silberman. The pairing obviously struck gold before with that high school comedy, but this is an entirely different beast.

Also in the cast are KiKi Layne, Nick Kroll, Sydney Chandler, Kate Berlant, and Wilde herself.