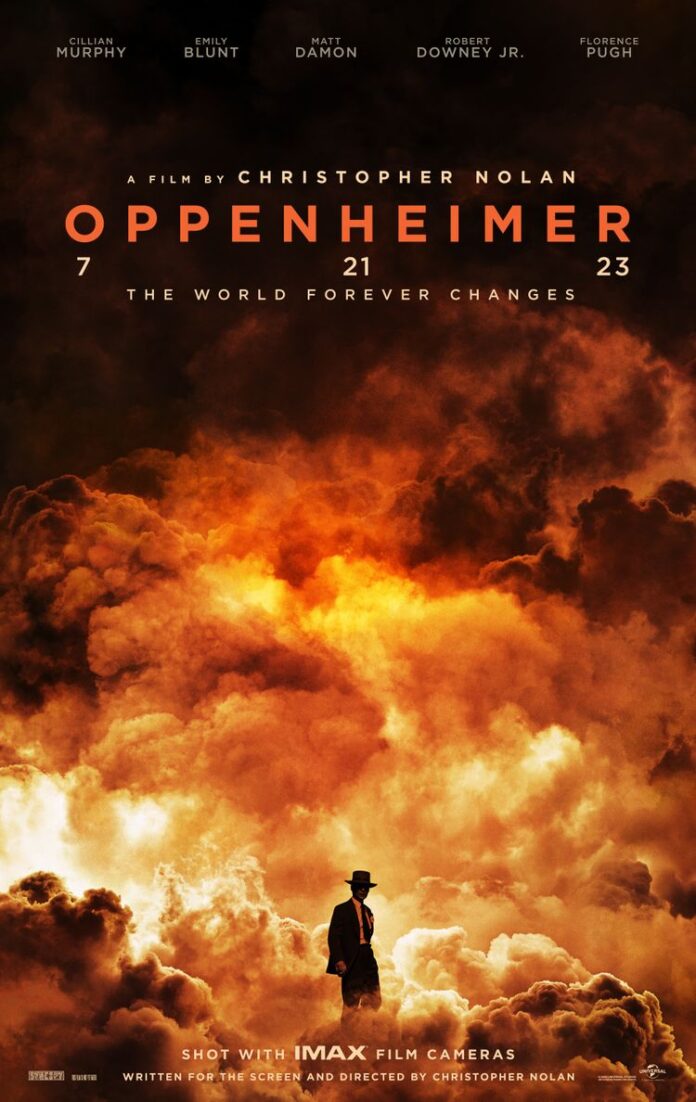 On paper, Christopher Nolan’s film on J. Robert Oppenheimer, one of the men credited with the creation of the atomic bomb, doesn’t sound too exciting. Where are all of the mind-bending twists, blistering action, and numbing sound effects going to come from? Well, if you just have stuff exploding everywhere, as is the case with the new Oppenheimer poster, then Nolan fans will get all that they expected and more.

The poster features Oppenheimer star Cillian Murphy standing in the blowback of the devastation he has created. Ominously, the words “The world forever changes” hovers overhead. At least he’s dressed nice, the explosion failing to affect his dapper suit.

Nolan wrote the script based on Kai Bird and Martin Sherwin’s Pulitzer Prize-winning bookAmerican Prometheus: The Triumph and Tragedy of J Robert Oppenheimer. It’ll center on Oppenheimer and his selection to head the secretive Manhattan Project out of a lab in New Mexico. There, they create the ultimate weapon of mass destruction, which would later come with deadly consequences. Expect to see the lethal ramifications of the destruction of Nagasaki and Hiroshima.