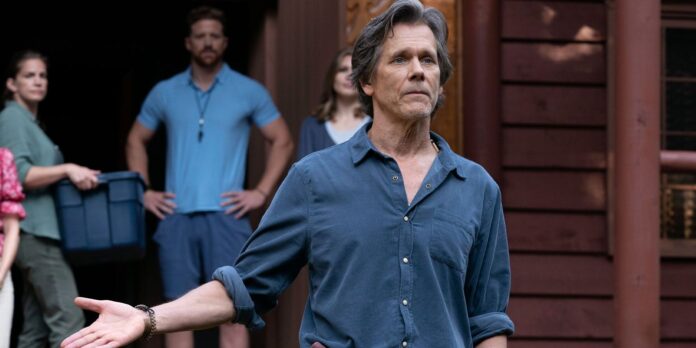 This being Pride Month, we’ve seen promos for LGBTQ films for just about every genre. Well, it’s horror’s turn with They/Them, which combines two things that are already scary: conversion therapy…and camp.

And adding a bit of genre luster to the project? It stars Kevin Bacon, who knows how deadly camp can be from his early role in Friday the 13th. The film takes place at a gay conversion camp where its LGBTQ campers are stalked by a killer, but at the same time they also want to keep away from the counselors who have their own agenda.

Kevin Bacon plays Owen Whistler in this slasher horror film set at an LGBTQIA+ conversion camp. Several queer and trans campers join Whistler for a week of programming intended to “help them find a new sense of freedom.” As the camp’s methods become increasingly more psychologically unsettling, the campers must work together to protect themselves. When a mysterious killer starts claiming victims, things get even more dangerous.