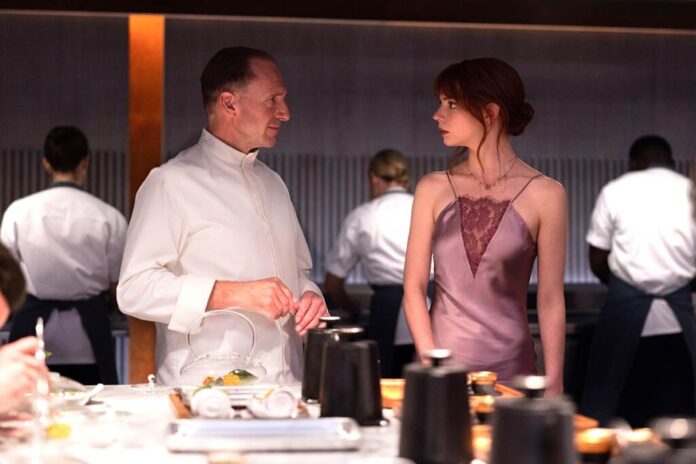 Everybody considers themself to be a foodie nowadays. Hey, just because you turned down Arby’s for some sushi doesn’t make you a foodie. But it’s true that culinary culture is red hot right now, which makes the time right for The Menu, a dark comedy about the lengths people will go to have a rare, exotic meal.

Starring Anya Taylor-Joy, Nicholas Hoult, and Ralph Fiennes, the film centers on a couple who travel to a remote, mysterious island to enjoy a special meal from a prestigious chef, who it turns out is serving up a sinister agenda.

Once a project for Alexander Payne to direct, it was eventually taken over by Succession director Mark Mylod, joined by others on the series including producer Adam McKay and co-writer Will Tracy.

The Menu opens on November 18th.