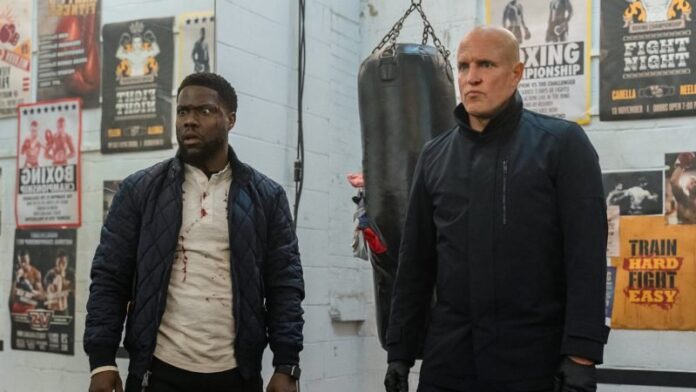 Kevin Hart is a funny guy on his own, but arguably he’s even better as part of a comedy duo. While we’ve seen him opposite the likes of Dwayne Johnson, Will Ferrell, Ice Cube, and more, in action-comedy The Man from Toronto he’s paired up with Woody Harrelson in a film that previously was to co-star Jason Statham and is directed by the guy who did The Expendables 3 and The Hitman’s Bodyguard.

It’s a comedy of errors in The Man from Toronto, as Hart plays a screw-up sales consultant, with Harrelson as the world’s deadliest assassin. When the two are mistaken for one another while staying at an Airbnb, Hart’s character is forced to maintain that identity until the FBI can catch the real guy.

The Man from Toronto was originally a Sony Pictures release, but will instead stream exclusively to Netflix on June 24th.

‘Meet Cute’ Trailer: Kaley Cuoco And Pete Davidson Fall In Love Over And Over In Peacock’s Time Travel Rom-Com