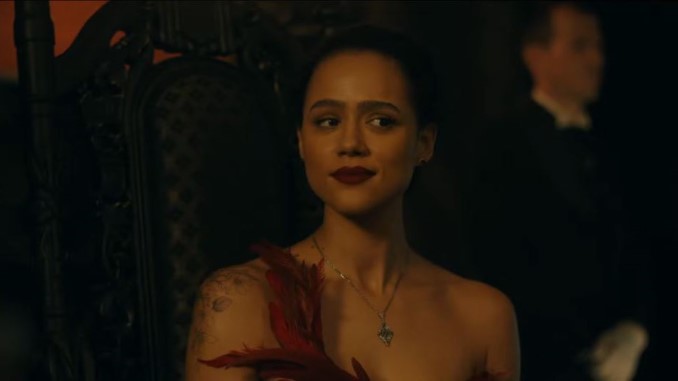 Personally, I don’t trust any of those ancestry DNA services, like 23 & Me or Ancestry.com. I feel like they probably make up a lot of shit that makes every customer feel special. We can’t all be related to Napoleon, can we? But even more suspicious, is what they actually do with your DNA information? Does it remain private? Could it be used for nefarious purposes? The filmmakers behind the upcoming horror The Invitation sure seem to think so.

Starring Fast & Furious and Game of Thrones beauty Nathalie Emmanuel, the film centers on a woman who uses a DNA service to find out more about the family heritage following the death of her mother. She discovers a long-lost cousin, and after meeting is invited to a wedding party in England ostensibly to meet more of the family, but of course there’s a more sinister reason behind it.

After the death of her mother and having no other known relatives, Evie (Nathalie Emmanuel) takes a DNA test…and discovers a long-lost cousin she never knew she had. Invited by her newfound family to a lavish wedding in the English countryside, she’s at first seduced by the sexy aristocrat host but is soon thrust into a nightmare of survival as she uncovers twisted secrets in her family’s history and the unsettling intentions behind their sinful generosity.