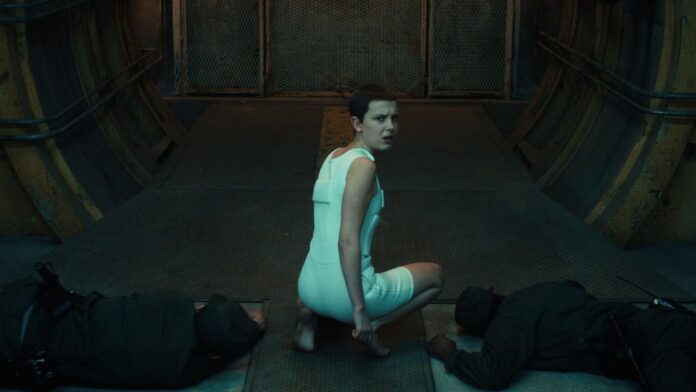 The wait was a long one between seasons 3 and 4 of Stranger Things. Not that it’s hurt the series’ popularity or anything. It’s as beloved as ever, with Netflix viewers unable to get enough of those Hawkins kids’ nostalgic battles in the Upside Down. But there’s one more fight before this season can come to an end, and fortunately, the wait for the big finale is nearly over.

In the new trailer for Vol. 2 of season 4, the groundwork has been laid for an epic showdown with Vecna, a creature borne from the Hawkins lab. While Dr. Martin Brenner believes Vecna to be too powerful for the newly powered-up Eleven and her friends, we see many of them journeying into the Upside Down for the confrontation, anyway. Will they come armed with a full supply of Kate Bush music? It sure looks like music will be a vital part of this fight, too.

It’s been six months since the Battle of Starcourt, which brought terror and destruction to Hawkins. Struggling with the aftermath, our group of friends are separated for the first time – and navigating the complexities of high school hasn’t made things any easier. In this most vulnerable time, a new and horrifying supernatural threat surfaces, presenting a gruesome mystery that, if solved, might finally put an end to the horrors of the Upside Down.