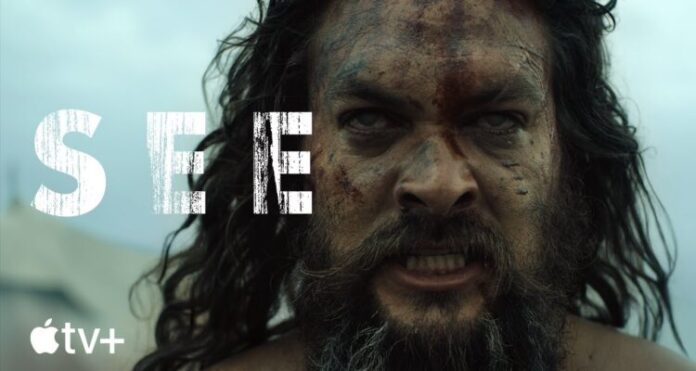 If you’re looking to build a new streaming platform, Jason Momoa’s broad shoulders are a pretty good foundation. That’s what Apple TV+ did with the post-apocalyptic series, See, one of the first original shows that helped launch the streamer. The second season saw the arrival of Dave Bautista into the fold, which brought more attention from fans who have been dying to see a Momoa vs. Bautista showdown. That’s all done with the arrival of season 3, which will bring the story to a conclusion.

See will come to a climactic end with season 3, and Apple TV+ has dropped the first teaser footage. The series takes place in a dystopian landscape where two warring tribes have lost the ability to see, and those gifted with the power of sight are hunted.

Jonathan Tropper (The Adam Project) is aboard as showrunner and co-writer, with Anders Engström directing each episode.

See returns for its third and final season on Apple TV+ on August 26th.

“See” is set in a brutal and primitive future, hundreds of years after humankind has lost the ability to see. In season three, almost a year has passed since Baba Voss (Momoa) defeated his nemesis brother Edo and bid farewell to his family to live remotely in the forest. But when a Trivantian scientist develops a new and devastating form of sighted weaponry that threatens the future of humanity, Baba returns to Paya in order to protect his tribe once more.