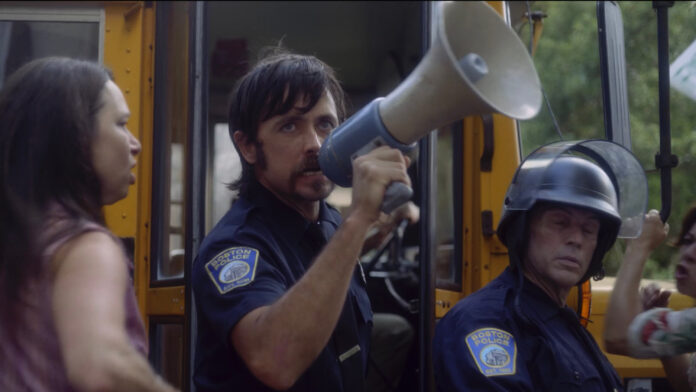 On May 17, 1954, the United States Supreme Court passed down a historic ruling in Brown v. Board of Education. The Court’s ruling finally made racial segregation in public schools unconstitutional. This ruling would alter the course of the country. Met by opposition, hatred, and fear in many parts of the US, the ruling took time before coming to fruition in certain areas. Further rulings had to be passed to combat delays and provide means for this desegregation. One of these rulings allowed busing as an appropriate means to desegregate. The Walk is inspired by true events that occurred in South Boston in 1974 after the Massachusetts Supreme Judicial Court ordered the Boston School Committee to desegregate. 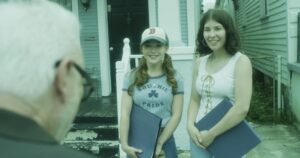 Kate Coughlin (Katie Douglas) was just about to enter her senior year and couldn’t be more excited. Her best friend Cheryl (Jenny Griffin) and her had it all planned out. Marty (Jackson Baker) was going to ask Kate to go steady and to prom and everything was roses from there. Until Kate’s worst fear happens, the schools are going to be desegregated. Some of the white students going to Southie High will change places with some of the black students from Roxbury High. Kate breathes a sigh of relief when she finds out she’s still going to Southie. That happiness is fleeting as she calls Cheryl and hears that she is assigned to Roxbury. 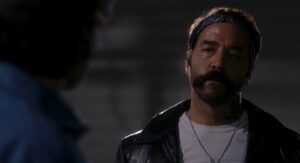 Kate immediately blames desegregation and the incoming black students for ruining her senior year. This anger leads her away from Marty and into the arms of local hoodlum John Bunkley (Matthew Blade). Teenage rebellion aside, Kate dating John is a little more complicated. Seeing as how Kate’s father Billy Coughlin (Justin Chatwin) helped put John’s father Johnny (Jeremy Piven) in prison. Billy used to be an errand boy for local crime boss McLaughlin (Malcolm McDowell) along with Johnny. Now Billy got his life together and is a police officer. 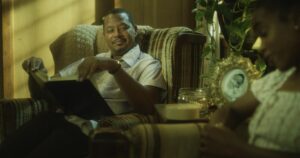 On the other side of South Boston live Lamont Robbins (Terrence Howard) and his daughter Wendy (Lovie Simone). Lamont is a widower who is trying to do his best raising his daughter while working as an EMT. For all intents and purposes, he’s doing an amazing job as Wendy has a great head on her shoulders. Wendy is one of the black students who will be transferring from Roxbury to Southie High. One of the students that Kate is blaming, due to no wrongdoing or fault of her own. Wendy will be taking the bus from her neighborhood to Southie and is dreading that first day of school. To make matters for Kate worse, Billy has been assigned to protect the black students being bused in. That fateful first day of school is a powder keg, waiting to explode. 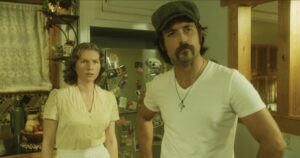 The Walk is directed by Daniel Adams who co-wrote the film with George Powell. The Walk  fits Adams MO. Every film that he directs is one that he also had a hand in penning the script. On the other hand, The Walk is Powell’s first feature length project. Adams and Powell. highlight discrepancies between the white and black neighborhoods in South Boston. Kate taking a pleasant stroll through her neighborhood having lovely conversations with her neighbors is juxtaposed with Wendy having to avoid pimps trying to recruit her and getting stared down by cops driving by. While touching upon this, it could have been explored further. The performances in the film are uneven. At times the Boston accents are inconsistent, taking away from a scene. Howard, Piven, and Chatwin do the best they can, but the film begins to drag at times. 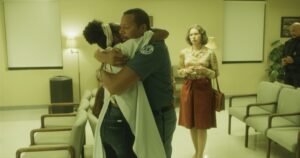 The Walk plays more as a Lifetime or made for television film. While the acting is mostly better than one of those productions, the film is missing that punch. Adams and Powell try and provide that seminal moment, but it falls flat. The focus of the film falters at times and gets away from the main topic at hand. Where Adams and Powell truly succeed is showing the complexities surrounding such a large shift from the local’s viewpoint. Even the inherently “good” characters are torn – they want social equality, but not necessarily anything in their lives to change. They may agree it’s a problem that needs a solution, but it’s not their problem and better not inconvenience them. Social progress takes time – to change not only actions, but thoughts and biases. While there are some aspects to like in The Walk, it ultimately doesn’t do enough to set itself apart.

The Walk is in theaters now.