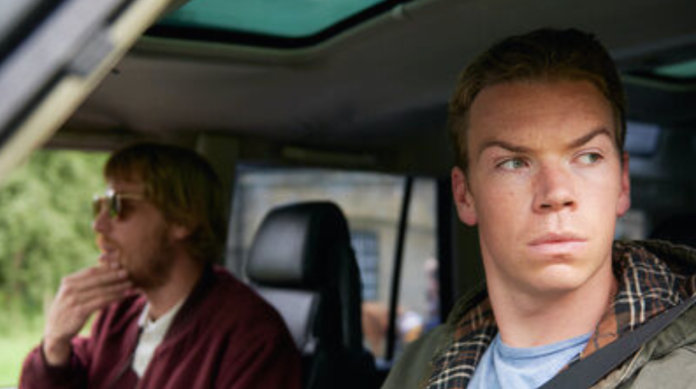 The Score is a British musical heist film that is written and directed by Malachi Smyth (Gateway 6, Ghost Machine). From the producers of Yesterday, this bold new and real time heist-thriller combines an offbeat romance and a newly written soundtrack just for this story. The film features songs written as well as performed by Flynn, who outside of his work as an actor, serves as the lead singer and songwriter for the band Johnny Flynn & The Sussex Wit. Ben Pullen produced for Sentinel Entertainment, alongside Matthew James Wilkinson of Stigma Films, with Isabelle Georgeaux of Pont Neuf co-producing. Nick Angel, who collaborated with Wilkinson on Yesterday, exec produced alongside Tim Dellow of Transgressive, which represents Flynn’s music.

Presented by Gravitas Ventures this unique style of film stars includes the vocal performances of Johnny Flynn (Emma, The Outfit), Naomi Ackie (The End Of The F**cking World, Star Wars- Episode IX) and Will Poulter (We Are The Millers, Dopesick). Mike (Flynn) and Troy (Poulter), are two small-time crooks on a mission – the ‘score’ – that they both expect will settle their circumstances. At a rural roadside café, as they wait for a rendezvous hand-over, Troy instantly falls for the waitress, Gloria (Ackie). Her beauty and carefree attitude has him so entranced that he begins to question his life choices however, the threat of real danger is driving to meet them.

The story itself is very simple and doesn’t have much dialogue. The simplicity of the narrative is broken into smaller sequences that are followed up with a specific song performed by each character depending on what the scene and emotions they are feeling. Although the thought of combining musical numbers with a heist/crime perspective is interesting and artistically appreciated, The Score was a miss for me. The songs do not blend well with the movie’s storyline. They come across as its own independent concept rather than the two working together. Well written and performed songs but they take away from the story that I wanted to see more of.

I was expecting more action, more suspense and wanted to know more about each of the characters. The acting and cinematography is decent. The chemistry between Ackie and Poulter is so good that if it was just the two of them on screen and no songs to sing, the film would have been so much better.  The film is not as notable as I would have liked it to be; it does leave me interested in seeing what Malachi Smyth will do next. The Score should be seen at least once. Poulter is charming, funny, and the entire cast was able to spark intrigue and respect which was a pleasure to see and hear.

The Score is available on VOD today.