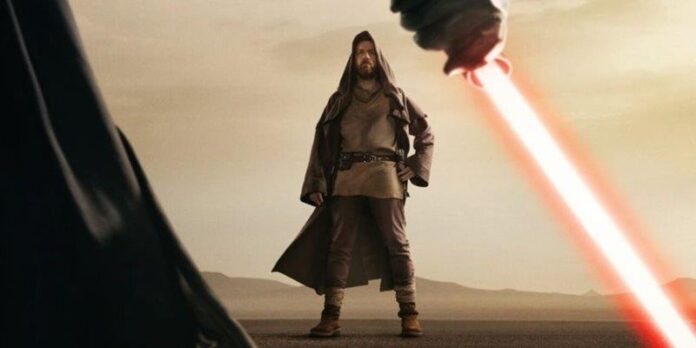 As I said in the Obi-Wan Kenobi premiere: The Force is with Deborah Chow!!! Ever since she directed Chapter 3 and Chapter 7 of The Mandalorian, she’s been firing on all cylinders! It was a wise decision to hand her the keys to the Obi-Wan Kenobi show, and Lucasfilm is all the better for it. Now give her a proper Star Wars movie! But let’s get into the show.

Last week, we got to see Vader unleashed as he and the Empire closed in on Obi-Wan and the members of The Path. It was revealed that Third Sister, AKA Reva was in fact, the youngling from the inaugural episode. Her joining Vader’s Inquisitors was just a means for her to enact some much-needed vengeance on Vader for trying to kill her (and actually killing her friends) as a child during Order 66. Unfortunately for Reva, Vader was hip to her plans and her efforts proved futile, and Vader easily dispatched with her. He and the Grand Inquisitor (thank goodness he survived for continuity’s sake) left her alone, but not before she learned of a transmission Bail Organa left Obi-Wan that Luke was on Tatooine. So how did the finale go?

Obi-Wan and members of The Path successfully escaped from Vader’s clutches. Unfortunately, they just delayed the inevitable as their ship was pursued by an Imperial Star Destroyer, namely Vader’s flagship. As much as Roken tried to give a hopeful pep talk to the crew, even he knows it’s a matter of time before they are caught and killed. Obi-Wan decides to call an audible and take an escape shuttle as he knows Vader cares more about him than stopping the rebels. Even the Grand Inquisitor thinks chasing after Obi-Wan is a bad idea, but Vader’s a man possessed. Obi-Wan leaves young Leia in the care of Haja Estree, who also has had some good character growth (from con-artists to rebel) as he vows to deliver her safely to Alderaan. Obi-Wan escapes to a nearby planet where he waits for his inevitable confrontation with Vader.

Kathleen Kennedy promised that Obi-Wan Kenobi would have “the rematch of the century” between the former friends, and boy did they keep their promise. The fight was exciting, emotional, and made me stand up in anticipation a few times. Kudos to the entire Obi-Wan Kenobi team for making me feel apprehensive when there are plenty of characters that have literal plot armor (as the entire show takes place in-between Revenge Of The Sith and A New Hope) and we know that these folks aren’t going to die. Suffice to say, the fight was incredible! Vader even had the high ground as he was putting Obi-Wan through the wringer. The fight seemed one-sided at first as Vader was putting in work. Say one thing about the Disney Star Wars era, they know how to make Vader scary once again. Vader manages to bury Obi-Wan under a half-ton of rubble and is ready to declare victory.

Meanwhile, Reva has made it to Tatooine and is on a revenge quest against Vader. Now that she knows he has a child on Tatooine, she’s going to go and kill Luke. After asking around and using her intimidation factor (as she’s still technically an Inquisitor), she finds the Lars home. Lucky for Owen and Beru get a heads up from someone in town that they are going to be attacked. Owen at first wants to run away, but Beru convinces her husband that they shouldn’t run and instead protect their home. It’s actually good she’s also getting some agency as in A New Hope she didn’t do much. A Reva approaches their home, she comes in ready to attack, but the Lars family is ready for her and engages in a last-stand blaster fight. Even though Reva is still injured from her fight with Vader, she is still able to overpower the two of them and then chase after Luke in the desert. Reva catches up to Luke and manages to knock him unconscious. Just as she’s about to deliver the killing blow, she imagines herself as the young kid. If she goes through with this, she’ll be just as bad as Anakin was during Order 66. There’s conflict in her. She’s not all the way far gone.

Meanwhile, Obi-Wan is under rubble and then has his hero’s moment as he thinks of Anakin, Leia, and Luke and decides to press on and stop Vader once and for all. After he uses The Force to clear the endless debris, he goes to face Vader once again. This time the fight is much fairer. Obi-Wan taps into his full powers and proceeds to give Vader the ass-kicking he described in A New Hope (that we all thought was from Revenge Of The Sith). Obi-Wan is using dozens and dozens of boulders as projectiles while engaging Vader and starts cutting him down to size. As badass as his iconic suit is, Vader needs it to breathe, and Obi-Wan knows it! After a few debilitating blows, Obi-Wan strikes Vader across the face revealing Anakin’s scarred face. Up until then, this has been a battle full of action and little talk, but this gives the show the moment to personalize the battle between the Jedi Master and his former padawan. As Obi-Wan tries to reason with his former student, Vader’s voice goes in and out of focus: half the time it’s Hayden Christensen’s voice, and half the time it’s James Earl Jones’ iconic voice. Probably the most chilling line from the entire series is when Vader tells his former master “You didn’t kill Anakin Skywalker. I did.” This is the point that Obi-Wan realizes Anakin Skywalker is no longer. All that remains in Vader. He leaves a barely breathing Vader and calls him “Darth” instead of Anakin. His friend is no more.

Obi-Wan, sensing something’s wrong with Luke heads to Tatooine to rescue the child. As he approaches the Lars farm, Luke’s nowhere to be found. Just then Reva comes back in from the desert carrying an unconscious Luke. Reva decided not to pursue vengeance and spares the boy. Feeling like a failure, she tearfully cries to Obi-Wan asking if she turned into a mini-Vader in her quest to kill him. Obi-Wan reassures her that she made the right choice and is free to determine whatever path she wants. There have been some rumblings of a Reva spin-off so here’s my take for her future: She needs to become an Inquisitor hunter in her own solo series. While The Inquisitors are relatively new to Star Wars as of the Rebels cartoon, they are no longer around by the time A New Hope begins. Unless Vader retires them all, they were taken out. Why not have Moses Ingram reprise the role and atone for her helping slaughter Jedi, by taking out The Inquisitors and saving as many force-sensitive children as she can?

Vader (who either has backup armor or fixed it real quick) reports to Emperor Palpatine (Ian McDiarmid once again loves to play this character) that he will no longer look for Obi-Wan. Palpatine once again questions Vader of his loyalty as he still thinks Vader’s conflict between the Dark Side and the Light Side prevented him from beating Obi-Wan. Vader reassures him that there is no conflict and he only serves The Emperor.

Obi-Wan goes to Alderaan to reunite with Leia. He tells her a little bit about both her mother and father (without saying who they are of course) and gives her the gift of the blaster holder that Leia had throughout the Original Trilogy. As much as Leia at first seemed like “Baby Yoda Part 2” she became her own character in a great way as the series progressed. Bail Organa tells Obi-Wan that The Empire is growing stronger, which means there’s more work to do. Perhaps in season 2, we’ll see more of Bail Organa as well as more Obi-Wan. Obi-Wan then heads to Tatooine to check in with Owen. He tells him that Luke should “just be a boy” for the time being and doesn’t worry about possibly training him to become a Jedi. We all know what’s going to happen, but this helps fill in the gaps as to why Luke wasn’t trained until he was much older. Owen even lets Obi-Wan meet the young kid for the first time. Afterward, Obi-Wan rides into the desert where he comes across Force Ghost Qui-Gon Jinn! Liam Neeson (who previously denied that he would appear in Obi-Wan Kenobi) reprises his role as the Jedi Master from The Phantom Menace to tell Obi-Wan that there’s work to do.

Now that the show is done, Obi-Wan Kenobi showcases that Star Wars can continue to thrive on the small screen. Even more importantly, the prequels still have legs. Hayden Christensen, after being maligned decades ago for his performance as Anakin Skywalker in the Prequels finally gets his time to bask in the sun as both Vader and Anakin in the series. Live-action Inquisitors (especially Reva) were a welcome addition. For those loud “fans” who complain about the Disney Era of Star Wars, hopefully, Obi-Wan Kenobi will finally shut them up as the show has been fascinating! Hopefully, they will listen to everyone’s advice and give us a season 2!

Obi-Wan Kenobi is currently streaming on Disney Plus.