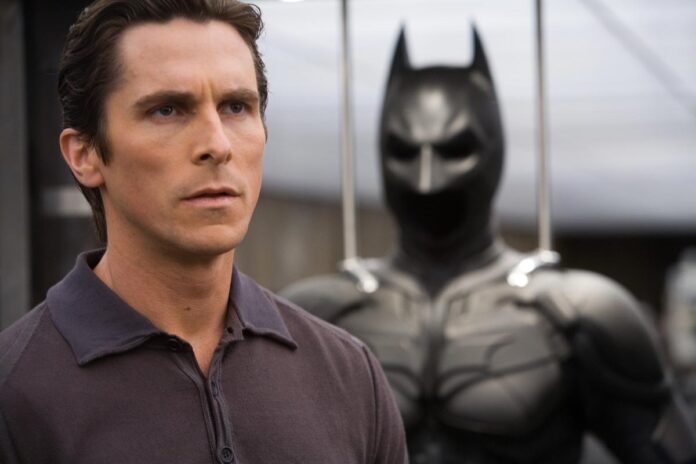 When Christian Bale signed on to play Gorr the God Butcher in Marvel’s Thor: Love & Thunder, many people were shocked that he’d come to the MCU. It wasn’t because he’s an actor we doubted would do a superhero movie, but because he’s already so closely associated with them. Of course, that would be his role as Batman in Christopher Nolan’s Dark Knight trilogy, one of the most successful franchises ever. And with so much going on in the DCEU right now, especially centering on its version of the multiverse, would Bale be up for suiting up once more?

The answer he gives to Screenrant is interesting for a couple of reasons. The first is that he says nobody from WB has ever asked him to come back, which I find surprising. The second is that he might consider it, but only under one condition…

“I had a pact with Chris Nolan. We said, ‘Hey, look. Let’s make three films, if we’re lucky enough to get to do that. And then let’s walk away. Let’s not linger too long.’ In my mind, it would be something if Chris Nolan ever said to himself, ‘You know what, I’ve got another story to tell.’ And if he wished to tell that story with me, I’d be in.”

You know fans are hoping to get a trio of Batman versions on screen, played by Ben Affleck, Michael Keaton, and Bale. Sorry, but it doesn’t look like you’ll get what Spider-Man fans got in No Way Home.

You can see Bale next in Thor: Love & Thunder on July 8th.