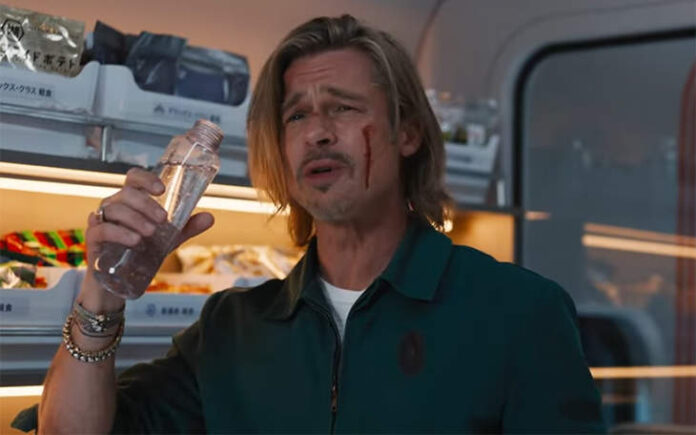 Ever see that movie with William H. Macy called The Cooler? It’s a personal favorite, in which he plays a guy with such chronic bad luck that he’s paid by a casino boss to just sorta hang out near hot players so their luck turns cold. Great film, you should check it out. Now imagine a guy with that kind of awful luck whose job is as an assassin? Well, that’s the situation Brad Pitt’s character has in Bullet Train, and in that profession it can prove to be deadly.

The latest trailer reveals more about the relationship between Pitt’s character, given the embarrassing code name “Ladybug” by his handler, played by Sandra Bullock. Given a simple return job back after a string of mishaps, Ladybug finds that this latest gig, confiscating a briefcase aboard a speeding bullet train in Japan, isn’t so simple. Stuck in a tight space, he soon finds every contract killer is out for his head. Good luck with that.