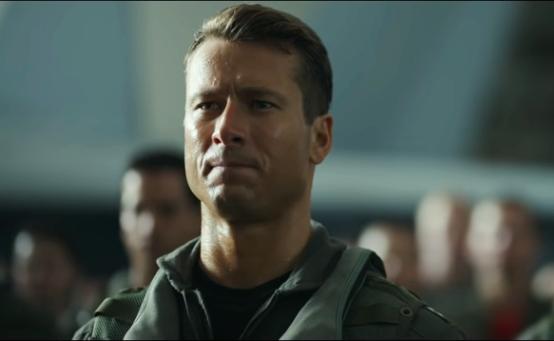 The weight of expectations is heavy on the cast of Top Gun: Maverick, and for good reason. The original movie in 1986 is so much more than just a story about hotshot fighter pilots. It became a cultural touchstone, one of those iconic films that defines a generation. And, of course, it made Tom Cruise a superstar. Cruise is back as Pete “Maverick” Mitchell in the long-awaited sequel, and he has been absolutely driven to make this movie not just a reality, but something truly special. That means the entire cast surrounding him has to be special, too.

Enter Glen Powell and Greg “Tarzan” Davis. Powell had originally been up for the role of Rooster, son of Maverick’s late friend Goose, and the movie’s co-lead opposite Cruise. It instead went to Miles Teller, and Powell was offered the role of the cocky Lieutenant Jake “Hangman” Seresin, who has more depth and leadership than meets the eye. It’s a big role, one that Powell got to make his own.

Davis was a social media superstar who turned to acting as his focus, making the most of his roles on Grey’s Anatomy, All Rise, and Call of the Wild. But his big break came when he got the call to play mission candidate Lieutenant Javy “Coyote” Machado.

Now the film is here, following skyhigh buzz from its Cannes world premiere. I had a chance to talk with Powell and Davis about Top Gun: Maverick, the intense training they were put through, the respect they have for Tom Cruise’s passion to get this movie made, and the challenge of shooting those crazy aerial sequences.

Top Gun: Maverick opens in theaters on May 27th. You can check out my review here and the interview below!