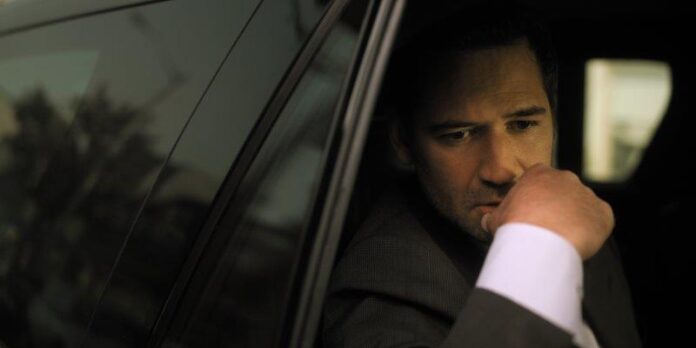 If there’s one thing TV has a plethora of, it’s legal shows. We’ve had Law And Order on since I was a kid and countless other shows showcasing the legal profession, but even still, Netflix’s new series The Lincoln Lawyer manages to keep the genre fresh as we get to spend more time with Mickey Haller than we did in the 2011 that had Matthew McConaughey practicing law from his Lincoln town car.

This time the famed mobile lawyer Mickey Haller is played by Manuel Garcia-Rulfo, and the revamp of the show incorporates him being a Latino lawyer in Los Angeles as well. Mickey has been out of the game for a year after an auto accident (a good reason to have a legal office) left him with an opioid addiction, which he needed treatment and recovery from. However, after the murder of another defense attorney gives Haller a long list of new clients, he gets a chance to once again step up to the big leagues and be the high-profile lawyer he knows he can be.

Mickey has very interesting relationships. He trades pointers and cases with his prosecutor ex-wife Maggie (Neve Campbell) and works with his legal assistant/second ex-wife Lorna (Becki Newton) and his investigator Cisco (Angus Sampson) who is in love with Lorna, but somehow, he manages to make things work with all parties both on a personal level as well as a professional one. The newest member of his inner circle is Izzy (Jazz Raycole). Izzy is his first case as she robbed someone while dealing with an opioid addiction problem, and Mickey sees some of himself within her. After Mickey effortlessly defends her and gets a not guilty conviction for Izzy, she is hired to be her driver for his Lincoln. At first, this feels like a weird Driving Miss Daisy type of thing as Mickey was driving himself around and first, but the two have a genuine friendship and Mickey schools her on how to be a lawyer and sort of functions as an audience avatar for anyone who has no idea how the legal system works, and she becomes his protégé. I wouldn’t be surprised if Izzy returns for season two as his legal assistant.

While Mickey works a series of different cases through The Lincoln Lawyer’s 10-episode run, the season-long case (and the one that gets most of his and our attention) is the case of a computer game CEO Trevor Elliott (Christopher Gorham) accused of murdering his wife and lover. In this case, the audience gets to be a part of it from start to finish and as Mickey is telling Izzy how criminal trials work, he goes through each step of defending his client. From jury selection, opening and closing arguments, and the art of defending a client, it’s all done during Trevor Elliott’s trial. And boy does Mickey have his work cut out for him. The evidence against Trevor is astoundingly overwhelming, and it doesn’t help that Mickey has to go toe to toe against his ex-wife Maggie’s colleague who’s an effective prosecutor. The trial has plenty of twists and turns throughout The Lincoln Lawyer and just when you think the case is going in a certain direction, something happens to make you think the case can go either way a few times.

While he’s managing multiple cases (he was given the deceased lawyer’s whole caseload), Mickey also has to manage a who done it murder mystery in regard to who killed the other defense lawyer. Working with him/accusing him is Detective Raymond Griggs (Ntare Guma Mbaho Mwine) as they have an uneasy partnership as they both want the same thing but just have different ways of going about it. He also has to have scheduled meetings with Judge Holder (LisaGay Hamilton) who is supervising him coming back to practicing law after being an addict. Oh, and he has to continue and try and develop a relationship with his daughter Hayley (Krista Warner) after being an addict as well as her dislike of criminal defense lawyers now that she’s a phone-obsessed teen. Needless to say, Mickey’s a busy guy! No wonder he operates out of a Lincoln!

Trying to fill the shoes of a charismatic actor like Matthew McConaughey may seem like a tough task, but Manuel Garcia-Rulfo does a fine job. He plays Mickey very calm and collected with his thoughts. He’s always on top of his game and completely knows his stuff. Having 10 episodes to flesh out his character provides much-needed character development that’s hard to do within a 2-hour movie. In fact, the whole cast is bringing their A-Game throughout the 10 episodes of The Lincoln Lawyer. One downside is the lack of corporate synergy between Netflix and Amazon as in the original books Mickey’s half-brother is Hieronymus “Harry” Bosch (of the Bosch TV show on Amazon) and it would have been amazing for Titus Welliver to do a surprise cameo.

Having a show like The Lincoln Lawyer find its home on Netflix feels a little “off” as the streaming giant really doesn’t do legal shows. In fact, the notion that this was supposed to be on CBS shouldn’t be a big surprise as it feels right up the alley for one of the big mainstream networks. However, going from a primetime show to a weekend binge gives the show more freedom and have the ability to flex its TV-MA muscles, and The Lincoln Lawyer proves to actually have a home on the streaming show.

The Lincoln Lawyer is currently streaming on Netflix.