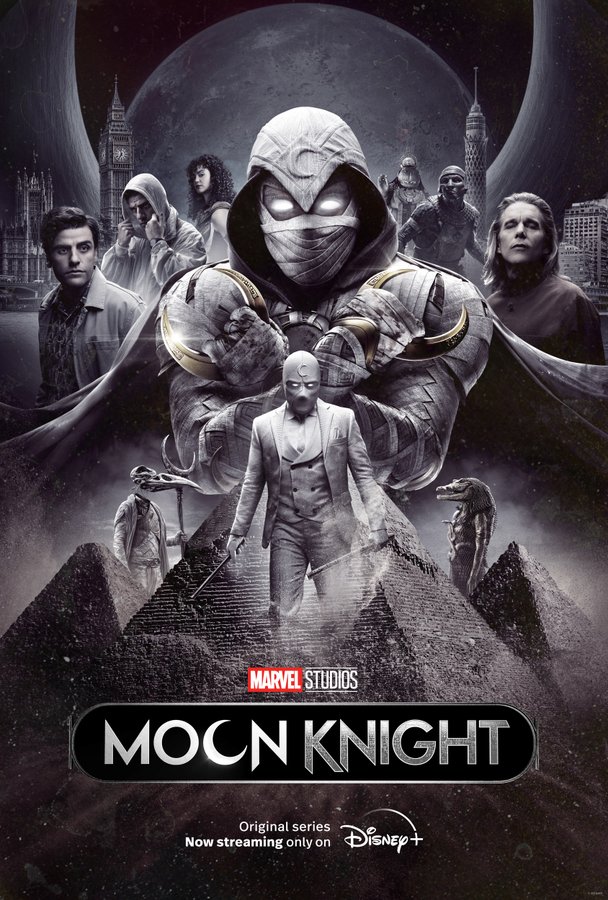 The season finale of Moon Knight has Marvel fans wondering when they’ll see the fractured identities of Marc Spector and Steven Grant again. Unlike with Loki, there was no immediate announcement of a second season, although with that cliffhanger of a post-credits scene it sure seems like there will be. But with Oscar Isaac unsigned for more appearances, and directors Justin Benson and Aaron Moorhead recruited for Loki season 2, everything is up in the air.

Director and exec-producer Mohamed Diab doesn’t know what Moon Knight‘s fate is, either. He has been “kept in the dark”, according to an interview he gave with Deadline. It’s possible the hero shows up elsewhere, and it doesn’t have to  be on the small-screen…

“We don’t know if there’s a next season. Marvel doesn’t go with a conventional way, so even if they like the character and want to extend the world, it could be season 2, it could be a standalone film, or he can join another superhero’s journey…I’m kept in the dark, just like the fans. We never discussed it being a season 2, but one day there’s going to be an expansion, but I don’t know how it’s going to look like.”

“You know, I think we approached it as ‘this is the story. And let’s just put everything out on the table on this story. There’s definitely no official plans to continue it. I think it would depend on what the story is.”

Diab also chatted with Variety and he’s eager to work for Marvel. He also compares the response to Moon Knight in Egypt to that of Black Panther…

I would pay to do that. Definitely.”

He continued, “It’s very important. ‘Moon Knight’ is becoming a national pride in Egypt. People treat it like the Egyptian ‘Black Panther.’ They love that behind the camera, there are Egyptians; in front of the camera, there are Egyptians. There’s Egyptian music that the world is enjoying. They believe in themselves. They believe they can do anything right now. I’m so proud of that.”

Part of the reason Diab wants to come back is the freedom Marvel provided, stating that there were almost two MCU crossovers but he felt they were unnecessary…

“We had the freedom to place it whenever. I want to tell you the very first scene, there was a crossover, and the very end scene, there was a crossover. But as the story developed and we kept changing the scripts, we felt like, ‘We don’t need that.” All of us. It was a collective decision. And then I kept thinking: It’s a rule. There has to be a scene at the end that connects us to the MCU. But I think they decided, ‘You know what, the surprise is that there isn’t, and what’s going to make this show unique is it doesn’t need anything else.”

The series might be over, but the selling of Moon Knight has only just begun. A brand new poster has emerged pushing subscribers to watch all episodes on Disney+. Also, a new wave of Funko Pops have arrived, including the Egyptian gods Khonshu and his rival Ammit, and a very SPOILERY one featuring Layla El-Faouly as the MCU’s newest hero, Scarlet Scarab!Looks like the exclusives are coming back to Comic-Con!

Make the Gods a part of your collection with Marvel Studios’ Moon Knight – Temple of Khonshu Statue and Ammit! Pre-orders will be available today across a variety of retailers! https://t.co/Au3d4zq03m #MarvelMustHaves #Funko #FunkoPop #Marvel #MoonKnight pic.twitter.com/CyT9Cn8C71