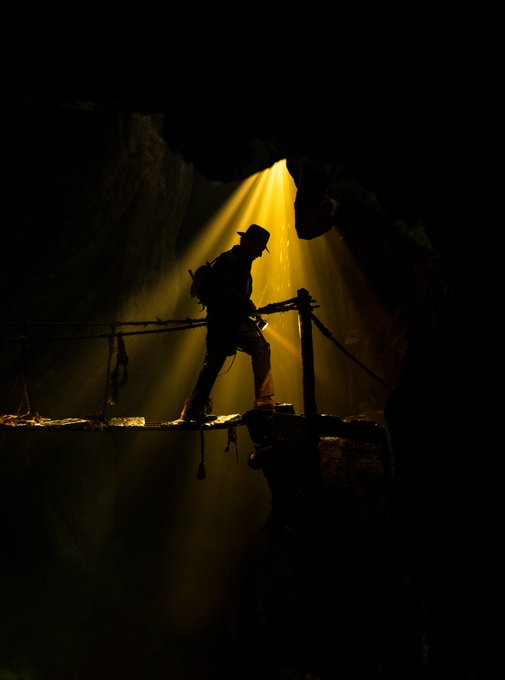 It’s taken ages, but Indiana Jones 5 is a real thing that is very nearly complete. How do we know? Because Harrison Ford was on hand at Star Wars Celebration to reveal the first official look at his return to the iconic whip-wielding adventurer. Not only that, but Lucasfilm has confirmed a release date of June 30th 2023.

This is expected to be the final Indiana Jones movie, as well. We’re not expecting any reboots or remakes; this role belongs to Harrison Ford forever.

The announcement was made by a smiling Ford, who can be a bit salty at times. After hearing John Williams’ unforgettable score, Ford said…

“We have almost completed the next Indiana Jones film, featuring the music of John Williams, and I had a wonderful experience working with James Mangold, and I’m really proud of the movie that we made.”

Oh yeah, this is the first Indiana Jones movie not to be directed by Steven Spielberg. He remains as a producer, but the directing reins were handed over to Mangold, known for Logan, Ford v Ferrari, and more.

Still waiting on that official title, though.

In 2023, Harrison Ford returns as the legendary #IndianaJones. Check out this first look of the new James Mangold-directed film. pic.twitter.com/ALs82tsmXw