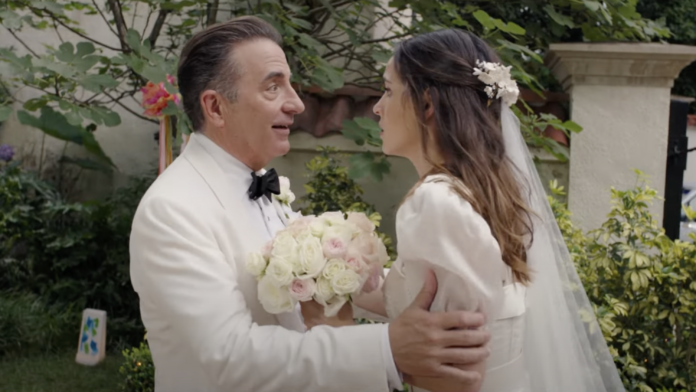 While those who love the Father of the Bride franchise were given short-film sequel with 2020’s Father of the Bride 3(ish), featuring Steve Martin, Diane Keaton, and others from the original cast, a Latin-American remake was also being developed. That film, Father of the Bride, is now here and headed to HBO Max with a cast led by Andy Garcia, pop music icon Gloria Estefan, Adria Arjona, Isabela Merced, and Diego Boneta.

The plot is essentially the same, except focused on a Cuban-American family. Garcia plays the family patriarch who, along with his wife, are stunned when their daughter returns home with brand new fiance and plans for a quick wedding. Hijinx ensues.

Behind the camera is Mexican filmmaker Gaz Alazraki (The Noble Family) from a script by Matt Lopez.

Father of the Bride hits HBO Max on June 16th.

Billy and Ingrid are surprised when their eldest daughter Sofia comes home to Miami for a visit, announcing a new boyfriend, Adan—who is now her fiancé—and their plans for a wedding and a new life together in Mexico. Family relationships are tested as the roller coaster ride of wedding planning races toward the altar. This sparkling story of a modern rom-com updated from a timeless classic illustrates the surprising and funny ways the heart can adapt in the name of love.