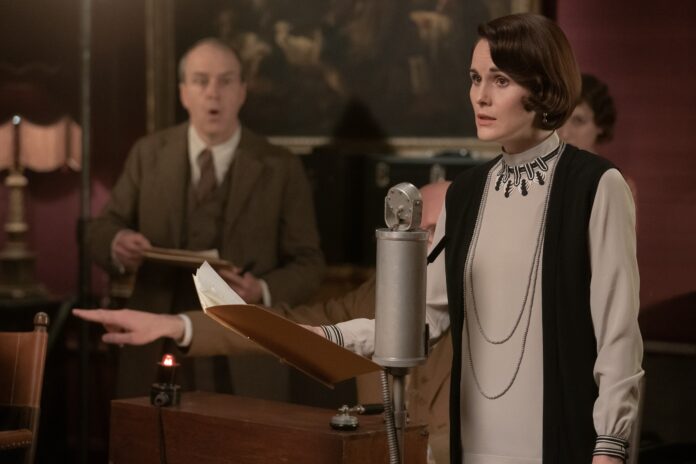 The relationship between a series and its creator is crucial, obviously, but I submit there’s no show in which that bond is tighter than between Downton Abbey and Julian Fellowes. Over the beloved series’ five seasons and now two feature films, Fellowes has written nearly every single word that has left the mouths of its massive ensemble. It’s a herculean feat, but could we be seeing it come to an end with the release of Downton Abbey: A New Era?

I sort of put the question to star Elizabeth McGovern when speaking to her for an interview yesterday. That will be released shortly, as well as my review, but the movie’s title suggests a turning of the page for the Crawley family and their extensive support staff. In the previous film, we learned of the terminal illness afflicting the series’ most popular character, Maggie Smith’s razor sharp Dowager Countess Violet Crawley.

In the sequel, Violet’s situation deepens as she inherits a villa in the south of France from a mysterious man from her past. Meanwhile, Downton becomes the center of attention as a movie crew sets up shop just as Hollywood is making the turn from silent films to talkies.

Downton Abbey: A New Era opens on May 20th.

From award-winning creator Julian Fellowes comes the motion picture event “Downton Abbey: A New Era.” The much-anticipated cinematic return of the global phenomenon reunites the beloved cast as they go on a grand journey to the South of France to uncover the mystery of the Dowager Countess’ newly inherited villa.