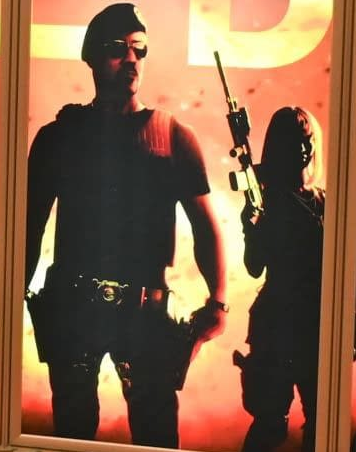 “They’ll Die When They’re Dead” Does the tagline for the upcoming The Expendables 4 make sense? Kinda. Is it poetry? Far from it. What it is, is fitting for what’s sure to be a perfect popcorn flick. CinemaCon, one of the faster growing mega-con’s out there, is going on right now so the movie news is flowing. One of the coolest, most unbelievable, and totally rad things coming out of the Con right now is the first look poster for The Expendables 4. Stallone has been promising this fourth installment since the last film hit theaters, but part of me is still amazed every time they pull it off, I mean he’s almost 80 years old…how long can he keep this up (and look convincing doing it). The simple fact that he’s spearheaded the franchise through four films, with the first premiering after the man qualified for his AARP card earns this man another Oscar if you ask me.

BUT, it hasn’t just been a “can the old guy still hack it” spectacle, nope. Detractors be damned, The Expendables franchise has always known what it was about and delivered on that between the lines promise to fans. Not to mention it serves as a who’s who of action stars and has been an ongoing pass the torch-a-thon. Throughout the franchise they’ve pulled in everyone from Liam Hemsworth to Jean Claude Van-Damme, and that’s not even counting the core cast. More folks are joining in on the fun this time around with Curtis “50” Jackson, Megan Fox, Tony Jaa and Andy F’in Garcia all cast in the next round. 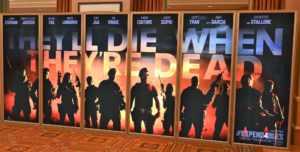