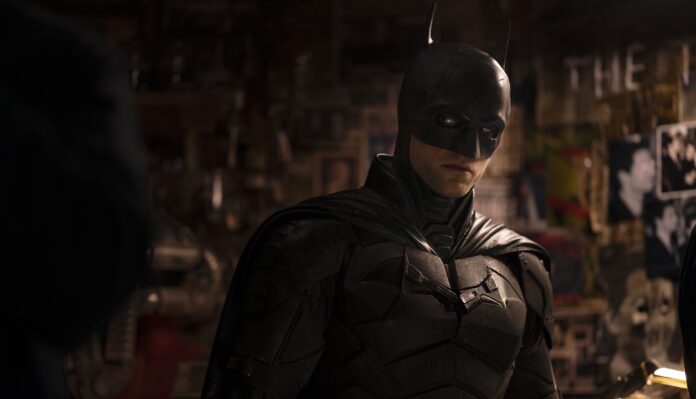 There have been rumblings that Warner Bros. was moving forward on a sequel to The Batman, following on its $750M success and viewership on HBO Max. If an announcement was going to come, it would be at the CinemaCon event, and that’s exactly what we got last night. The Batman 2 is happening and Matt Reeves is returning to direct with Robert Pattinson back in the suit.

“Thank you all for your tremendous support for The Batman. We couldn’t have gotten here without the faith and enthusiasm of all your teams around the world. I’m excited to jump back into this world for the next chapter.”

It’s unclear who else from the cast will return, but it would be odd to not see Zoe Kravitz as Selina Kyle, Andy Serkis as Alfred, Colin Farrell as Penguin, and Jeffrey Wright’s Jim Gordon.  Paul Dano could also return as the Riddler, but who knows? Reeves has said in the past that Barry Keoghan’s cameo as Joker isn’t necessarily a tease for a bigger future role, but come on. It definitely was. [Deadline]