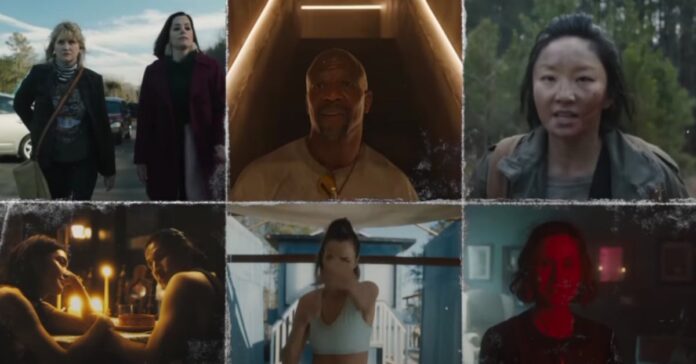 The Walking Dead is coming to an end after 11 seasons, many of which were good-to-great, some not so much. And while the core series may be going away, the zombie action is far from over. One of the new shows coming up from AMC is Tales of The Walking Dead, and as the title suggests, it’s an anthology series of six episodes, telling stories from all-around the zombie apocalypse.

The cool thing about it is that, based on this 15-second teaser released during Sunday’s midseason finale, the stories will center on new characters. You can still expect to see a few familiar faces, though, such as Samantha Morton in a story about the woman who will eventually become Alpha of the Whisperers.

Of the six stories glimpsed here, the most intriguing features Jillian Bell and Parker Posey, two of my favorites. We see them walking together, but then in a few seconds Posey’s character gives up her neck so a swarm of zombies can bite her, shouting “Just get it over with!!”  What’s up with that?

Tales of The Walking Dead will hit AMC and AMC+ this summer.