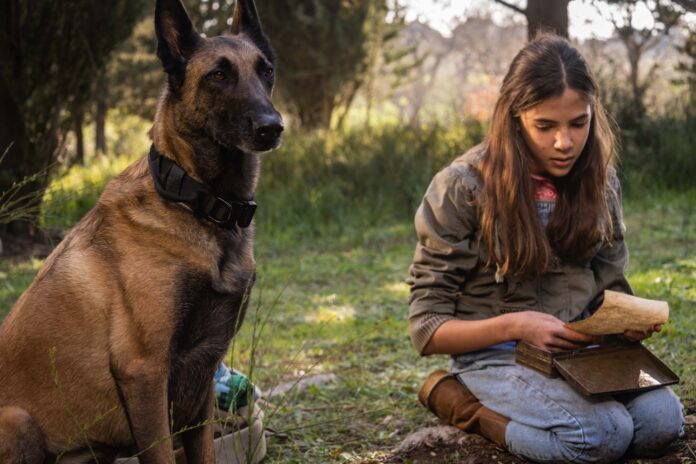 Kate Sanders (Abbie Cornish) is trying hard to keep her family afloat in Dakota. It has been a few months since her husband Clay (Jonathan Silvestri) was killed fighting in Afghanistan. Kate, and her daughter Alex (Lola Sultan), are left with all the animals on their farm in Camden, GA. Well, them and Clay’s father Monty (William Baldwin). Monty and Kate used to have a great relationship, but that has been strained since Clay’s passing. Even the family farm is in jeopardy. Kate is struggling to make ends meet and the bank is breathing down her neck. If that wasn’t bad enough, her farm seems to be a hot commodity that people are dying to get their hands on. 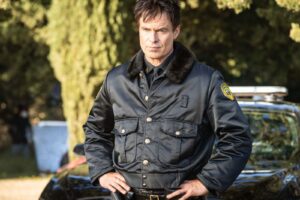 Sheriff Danforth (Patrick Muldoon) will stop at nothing to get the Sander’s farm. The farm was part of the Danforth family for generations before his father sold it to Monty. Kate doesn’t know the amount of wealth laying just beneath the surface of the farm’s land, but Sheriff Danforth does! The sheriff’s younger brother Mike (Roberto Davide) is also part of the town’s law enforcement – so how could he be stopped? Then CJ Malcom (Tim Rozon) and Dakota enter the picture. CJ served with Clay and Dakota was his assigned dog. Dakota and Clay were inseparable. Dakota is hurting and missing Clay just like the rest of the Sanders family. With Dakota officially joining the family, everyone must work together to save the farm. 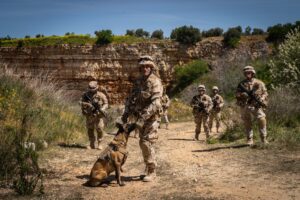 Dakota is directed by Kirk Harris and written by Johnny Harrington. Harris does not have too many feature length films under his belt and Muldoon happens to be a staple in them. Harris and Muldoon worked together on both Bernie The Dolphin films so they are familiar with each other and the children’s live action genre. The music in Dakota is perfect for the over-the-top nature expected from a kid’s movie. When there’s a bad guy on screen, the music will make sure you know it and not forget it. Harris inserts flashbacks of Dakota and Clay during the war, helping to convey what Dakota has gone through. 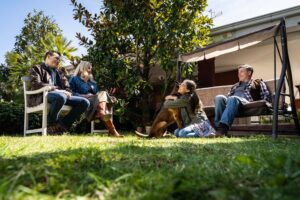 Dakota struggles to establish the type of film it is. While on one hand there are certainly silly moments typical of children’s movies, those are fewer than to be expected. On the other hand, there are war scenes, violence, and effects of PTSD. This dichotomy leaves Dakota seemingly stranded in the middle. Not goofy and lighthearted enough for children, but not serious enough for adults. The film struggles because of this and ultimately drags on. Numerous aspects are reminiscent of a cheesy Lifetime original. Somehow when the dust settles, there just simply wasn’t enough Dakota in Dakota. The unoriginal and mostly humorless script are an additional detriment and the acting leaves a lot to be desired. Of course, Oscar worthy performances weren’t to be expected. With the vast array of outstanding children’s content out there, Dakota simply does not do enough to set itself apart.

Dakota is available in theaters now.