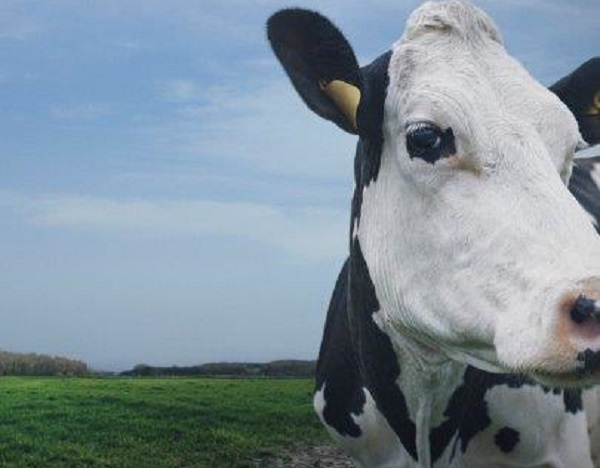 As Americans, we love our beef and milk. Burgers are awesome, and you just have to have milk with your cereal. Sure, some of us use Vegan products and enjoy our soy/almond/oat milk and our impossible burgers, but the masses still love to consume the original. Just like with hot dogs though, we really don’t want to see how the sausage is made. We’ve seen activists bring their cameras into slaughterhouses and countless other documentaries that detail the often cruel treatment animals receive for the sake of our need to eat some good old fashioned beef, but in Andrea Arnold’s (American Honey, Fish Tank, Big Little Lies) latest documentary Cow, we get to see the farming industry from one of its actual partcipants: a cow named Luma at the Park Farm in Kent, England.

In Arnold’s first documentary, Cow opts to focus on an individual cow at a dairy farm and she goes through her daily routines. It’s damn near horrific what these animals have to endure so we can get our daily goods. As a cow on a farm, Luma is milked daily. She gives birth to a few calves, and immediately has them stripped from her just as she barely is comforting the newborns she gives birth to: rinse, wash repeat. What makes Cow so intriguing is focusing the camera on Luma and not those who work at Park Farm. In fact, the farmer’s faces are almost always out of camera shot, something that Arnold and the Park Farm negotiated as I’m sure they will receive some criticism and probably some threats after Cow is seen. This allows the audience to see Luma, not as a beast of burden, but instead almost as a person, and especially as a mother. Her countless moos of agony as her calf is removed from her feels almost torturous.

Unlike most documentaries, Cow is eerily quiet. There’s no David Attenborough-styled narration detailing what was going on or how Luma was feeling. instead, it is you, the audience, who would fill in the blanks as to what was going on. The only sounds throughout Cow are the moos of Luma and other dairy cows, a few times where you hear the farmhands talking to the cows, and the music they would play while they are having a bull impregnate Luma, give her drugs to make her cycle start again, and their occasional talks with the cows. As a result, the silence in the movie is deafening and speaks volumes. Honestly, the silence was unsettling and probably could have used a little bit of narration to break the tension, but obviously, that was not what Andrea Arnold was going for.

Because Luma had a routine (getting milked, getting pregnant, having a calf, and then losing the calf), Cow started to get somewhat repetitive and could easily start to draw the viewer out of the film and label it “boring.” However, the last five minutes of the film are so impactful that they will leave the viewer unsettled about the outcome for this poor cow whose whole life is defined by us humans. She has no agency, and is simply a “thing” for us to use, abuse, and consume. While I still enjoy a burger from time to time, I’m glad I stopped drinking cow’s milk. This is because Cow will make you want to rethink your position on eating beef and drinking dairy products.

Cow is currently in select theaters and available On Demand.