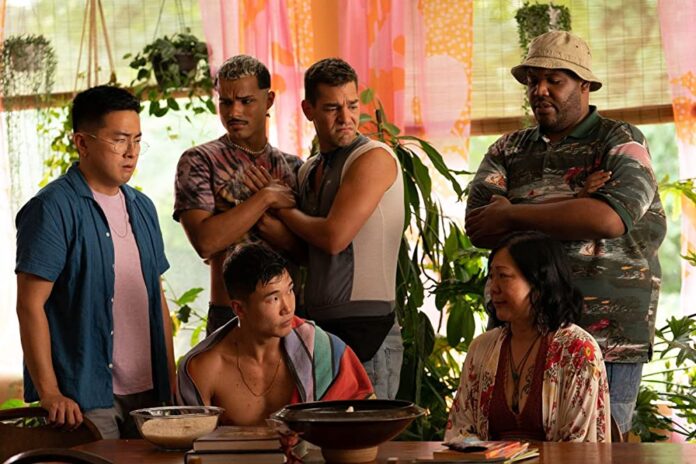 Fire Island, the New York destination hot spot that has become the centerpiece for the LGBTQ culture over decades, is the backdrop for an upcoming Hulu film arriving this summer.

Here’s the synopsis: Set in the iconic Pines, Andrew Ahn’s FIRE ISLAND is an unapologetic, modern-day rom-com showcasing a diverse, multicultural examination of queerness and romance. Inspired by the timeless pursuits from Jane Austen’s classic Pride and Prejudice, the story centers around two best friends (Joel Kim Booster and Bowen Yang) who set out to have a legendary summer adventure with the help of cheap rosé and their cadre of eclectic friends. Cast: Joel Kim Booster, Bowen Yang, Conrad Ricamora, and Margaret Cho.

Fire Island had been set for a theatrical release, but Disney-owned Fox Searchlight decided it would be a better fit for Hulu where it will debut on June 3rd.