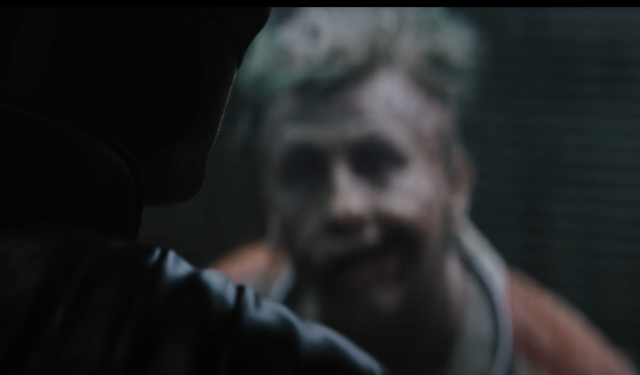 At the conclusion of Matt Reeves’ The Batman, the riddles still weren’t over. A secret “rataalada” puzzle remained to be solved as part of the film’s marketing campaign. Well, it’s finally been figured out, and the prize is a deleted scene featuring the Dark Knight’s most infamous villain, The Joker.

Joker was played by Barry Keoghan in the film, and we only got to spend a few minutes with him as he tried to make friends with fellow inmate, The Riddler. But what we don’t know is how Joker is aware of all of Riddler’s failed plans. Well, now we have an idea…because Batman paid him a visit.

In the deleted scene, Batman approaches the jailed Joker in Arkham Asylum in hopes of getting some help in figuring out Riddler’s puzzles. And what do you think happens? Let’s just say Joker isn’t the kind of person anyone should be relying on.

In the movie itself, the looks of Joker that we get are fleeting. But here, we can see just how jacked-up and scarred he really is. This is the most disfigured Joker ever put to screen, and I hope we get to see more of him in a future movie, or perhaps one of the spinoffs headed to HBO Max?

Three more riddles were revealed, as well, which you can check out at the website here.