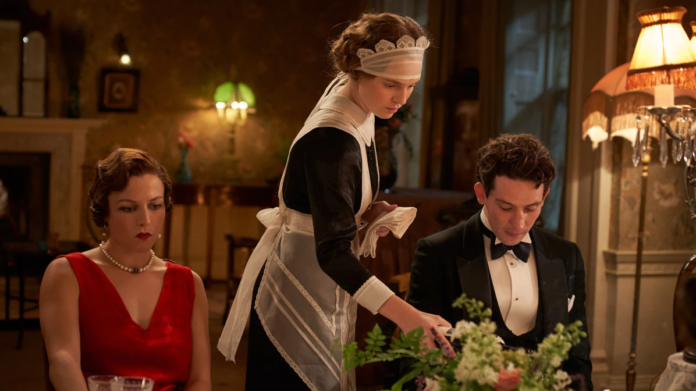 Jane Fairchild (Odessa Young) was looking forward to being able to spend the day with her boo Paul (Josh O’Connor) in Mothering Sunday. It turns out to be a beautiful spring day in Southern England in 1924. Jane is a house maid for the Niven family. Mr. Niven (Colin Firth) and his wife (Olivia Colman) are out for the day celebrating mother’s day. Unfortunately Jane and Paul’s relationship is complicated to say the least. Paul happens to be the son of the Niven’s friends and is engaged…not to Jane. 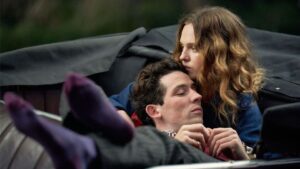 They have to keep their relationship a secret, so having hours alone with no worries is a dream come true. Paul is currently in school to become a lawyer which provides the perfect cover for his time with Jane. Telling his fiancé Emma (Emma D’Arcy) that he is studying affords him hours without interruption. While Paul thinks this plan is foolproof, Emma begins to have her doubts. The frustrations Emma feels come boiling to the surface on that same fateful Spring day in 1924. As Paul is with Jane, Emma’s family and the Niven family are waiting for him to join them at lunch. Little do any of them know, their lives are about to be forever changed.

Mothering Sunday is directed by Eva Husson and written by Alice Birch, based on Graham Swift’s novel. The performances all around are top notch and carry the film. Of all the performances, Young impresses the most. The set and costumes help create a believable atmosphere and draw the audience in. The score fits perfectly and further strengthens the film. Husson is able to successfully convey emotions through her camera work and shots in the film. Mothering Sunday is full of unsteady shots and awkward, unsettling zoom. Young’s performance coupled with Husson’s vision create an enticing duo with a great deal of potential. 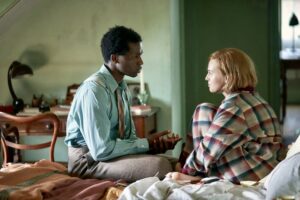 Mothering Sunday ultimately squanders the opportunity to set itself apart. As the film progresses, head scratching decisions become more abundant. The narrative jumps back and forth in time, seemingly with no rhyme or reason. While this can be a powerful tool to help progress the story, it can also be a hinderance. For Mothering Sunday it creates unnecessary confusion and disrupts the film’s rhythm. The film moves at a slow pace and lacks a degree of character development. Connecting with certain characters is difficult, causing one to not be invested in what happens to them. Various emotional scenes during the film feature completely unrealistic reactions, spoiling the potential of powerful moments. Mothering Sunday is a character drama through and through. The performances are worth a watch for some, but the inability to distinguish itself from other films and slow pace falter what could have been a memorable film.