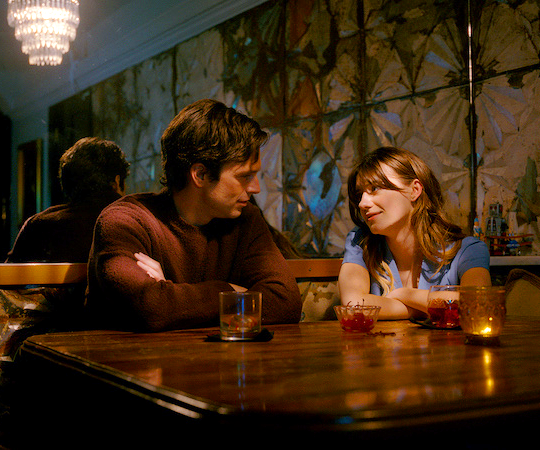 The right role can completely change the way audiences see an actor. Martha Stewart allegedly broke off a relationship with Anthony Hopkins because she couldn’t separate the Oscar winner from Hannibal Lecter. The 2022 Sundance opener Fresh is Sebastian Stan’s Silence of the Lambs, if the 1991 thriller was twistedly funny. In director Mimi Chase’s first feature film, the Marvel heartthrob relishes his role as a psychopath in love.

Joining him in this 2022 Sundance Opening Night Selection is Normal People’s Daisy Edgar-Jones as the perpetually single Noa. Tired of hooking up with losers and fuckboys online, Noa has resigned herself to look for love out of societal obligation. She has all but given up when she meets the charming and sweet plastic surgeon Steve Kemp (Stan) at her local grocery store.

It’s first 30 minutes pull you in romantic comedy troupes before making complete left turn. Like someone on a first date, director Mimi Cave focuses in on body language, giving us close-ups of pouty lips and twinkling eyes. We fall in love with Steve, from his awkward dance moves to his ability of bringing Noa out of her shell.

But then the opening credits roll…

The less one knows going into this darkly twisted tale the better, but odds are you haven’t seen a film like Fresh.

Longtime Funny or Die writer Lauryn Kahn who penned the script also wrote the underrated 2018 Netflix romcom Ibiza.  For a first time filmmaker, Mimi Cave knows the exact right tone to strike at any given moment. Brilliantly playing with suspense, expectation, and tension, Cave takes Kahn’s already tight script and breathes terrifying life into it. Though visually gruesome, the longtime music video director knows that the viewer’s mind naturally heightens the unseen. However when things get too tense, a perfectly placed dark joke, song or scene change is utilized to temporarily ease any anxieties.

Stan is known for playing varying degrees of dastardly men, from Jeff Gillooly in I, Tonya, to Mickey in Monday, and as Tommy Lee in Hulu’s bio-series Pam and Tommy. However, as Dr. Steve Kemp, he explores his inner psychopath with such glee and charm in a way he’s never shown before. While it would be nice to see his more vulnerable, less brutal side in future projects, Fresh proves the actor has plenty of dark layers to still explore.

On the same coin, Daisy Edgar- Jones is exquisite in the everywoman role. While you are looking at Stan in total awe, Edgar- Jones gives Noa a relatable strength that any woman braving the modern dating world would recognize. 2020’s Normal People may have put her on the map but Fresh solidifies her place there. If Stan’s performance is the rollercoaster, Edgar-Jones is the car getting us through the ride.

Searchlight Pictures announced earlier this month that audiences won’t have to wait long for Fresh. The horror film will hit Hulu on March 4th. Despite the lack of a theatrical release date (as of now), streaming might be the film’s best option. Sure to inspire multiple viewings for all its “What the fuck” moments, Fresh plays with our emotions in the most delectable way. We may have a cult classic on our hands.