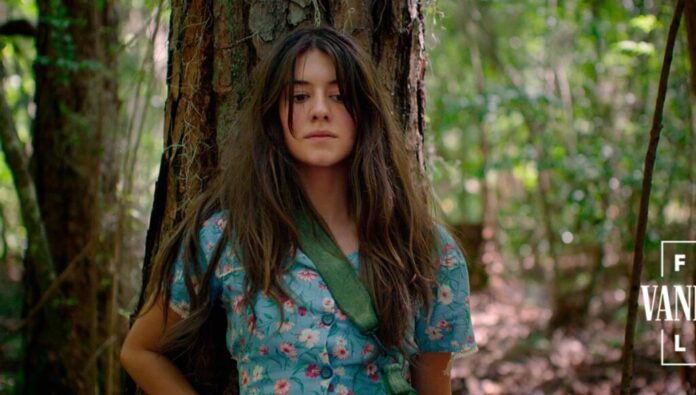 Book-to-screen adaptations are the driving force behind most of the movies that get produced in Hollywood these days. They aren’t all bestsellers, either, and some of those turn out to be bigger hits than the novels that inspired them. On the flipside, some bestsellers become movies that bomb. And then there are projects like Where the Crawdads Sing, that feels a lot like Gone Girl in that it has “sure thing” written all over it.

The first look at Daisy Edgar-Jones in Olivia Newman’s adaptation of Where the Crawdads Sing has arrived. This southern tale set in North Carolina follows the hard life of Kya, a resourceful young woman accused of murdering her abusive ex-boyfriend.

The red-hot Edgar-Jones is having a moment right now as she can be seen starring alongside Sebastian Stan in Fresh. She’s joined in the cast by Harris Dickinson, Taylor John Smith, David Strathairn, Garret Dillahunt, Ahna O’Reilly, and more.The film was adapted by Lucy Alibar, who co-wrote that amazing Beasts of the Southern Wild screenplay. Reese Witherspoon, who was among the first to bring the novel into the spotlight, is on board as a producer.

“The book is a love letter to growing up in the South, which for me really resonated because I grew up in New Orleans and Nashville,” said producer Reese Witherspoon to Vanity Fair.

Where the Crawdads Sing opens on July 22nd.