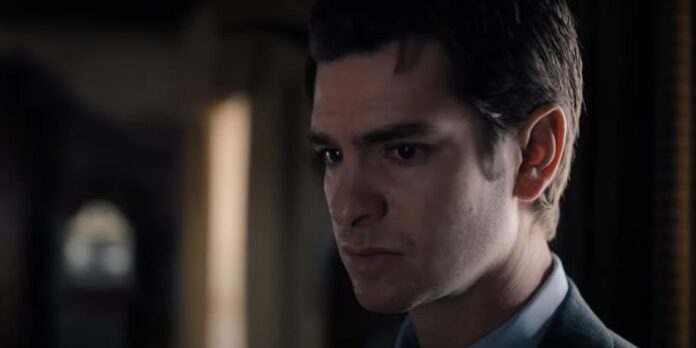 Andrew Garfield is continuing his banner year. After gaining praise for his roles in The Eyes of Tammy Faye and Spiderman: No Way Home and a well-deserved Oscar nomination for Tick, Tick…BOOM!, the first trailer for his newest project Under the Banner of Heaven officially dropped Wednesday.

Based on Jon Krakauer’s true crime book of the same name, Garfield will play Pyre, a detective and a Mormon “elder who is committed to his Church and family but begins to question some of the Church’s teachings through his contact with a suspected murderer.” The miniseries will dramatize the real life true crime story of the Lafferty family and the 1984 murder of Brenda Lafferty and her infant daughter Erica.

Joining Garfield are Sam Worthington, Wyatt Russell, Daisy Edgar-Jones, Rory Culkin, Billy Howle, and Gil Birmingham. Edgar-Jones, who will be seen next in Hulu’s Fresh, will play Brenda. She is described as “a young faithful Mormon who is the victim of a brutal murder.”

This is not the first time a Jon Krakauer book has been adapted. In 2007, Sean Penn directed Emile Hirsch in Into the Wild. The author is known for interviewing all involved around a subject including those convicted in crime.

Into the Wild was one of my favorite books growing up which was only amplified by attending the same school as the book’s focus, Chris McCandless. Krakauer finds a way to make unreachable characters relatable which should translate in Under the Banner of Heaven. Add an extremely likable and in-demand lead like Garfield, not to mention the popular true crime genre, FX and Hulu may have a hit on their hands.

Under the Banner of Heaven will premiere on Hulu sometime this year.