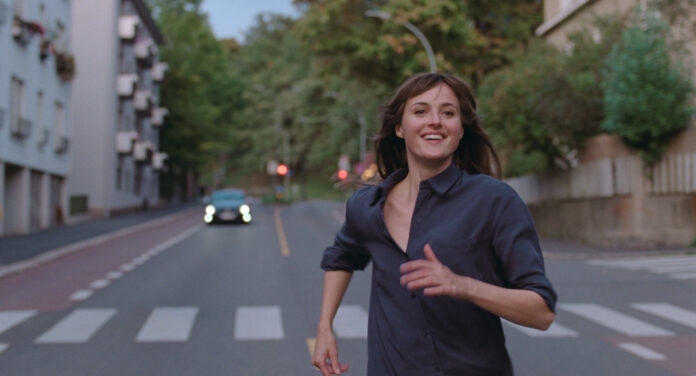 NOTE: This review was originally part of our 2021 Middleburg Film Festival coverage.

Though not yet selected by its home country, The Worst Person in the World could become Norway’s first International Feature Academy Award Winner. With glowing reviews from the Cannes Film Festival, this Joachim Trier film captures the listlessness and restlessness that is enrapturing so many younger millennials.

Focusing on Julie (Renate Reinsve), The Worst Person in the World opens to a disembodied female voice glibly recounting the young college student’s indecision to pick a college major. From med school to psychology to photography, Julie drops things without much desire to question her decision or look back.

This pattern continues with a brief history of her adult sexual escapades before we find her in a steady relationship with the much older Aksel (Anders Danielsen Lie, also in this year’s Bergman Island), a cartoonist close to settling down.  In hindsight, the sequence feels almost Wes-Anderson-like with smooth whip-pans and matter-of-fact honesty.

While a complete story is told, the film is divided into 12 vignettes that feel less like plot points and more integral moments in Julie’s life. Living with Aksel allows Julie the ability to not fully commit to finding the right career for herself, instead working in a bookstore. She contemplates cheating while refusing to acknowledge her abandonment issues with her father. She fights with her boyfriend about having children. We see her leave Aksel, take mushrooms and fall for the guy she wanted to cheat with. Basically, we spend two hours watching Julie figure her life out, becoming a person – and it’s one of the most watchable exercises of the year.

Trier never paints Julie condescendingly or with mild annoyance like some male filmmakers might with a female lead character. Empathy oozes out of every frame. As a filmmaker, Trier takes a surrealist approach with the final film in his Oslo Trilogy. Drug-fueled dreams and magic switches that stop time lead to beautifully done, heart-stopping and belly-aching sequences. His precise and calculated vision is what makes the rest of the film’s elements fall in line and worth watching.

Renate is enchanting to as she brings Julie into her own. You cannot look away when she is on-screen. Julie is sharp, witty and indecisive but never naive. She constantly talks about wanting more without sticking with one thing too long, as she thinks something better is around the corner. Her chemistry with Danielson Lie feels natural and lived-in. Danielsen Lie also appeared in Reprise and Oslo, August 31st (Reinsve appeared in the latter for a brief scene.) When she realizes it’s time to leave, their breakup feels like a loss for the audience.

Overall, The Worst Person in the World could be one of this year’s best. It’s not very often that a film comes along that captures an entire generation but as young people gain more power in society and continue to figure out their own destinies by going through resignations, career-switching, and leaving relationships out of boredom, its refreshing to feel seen rather than ridiculed.

The Worst Person in the World opens in NY and LA on February 4th before expanding on February  11th.