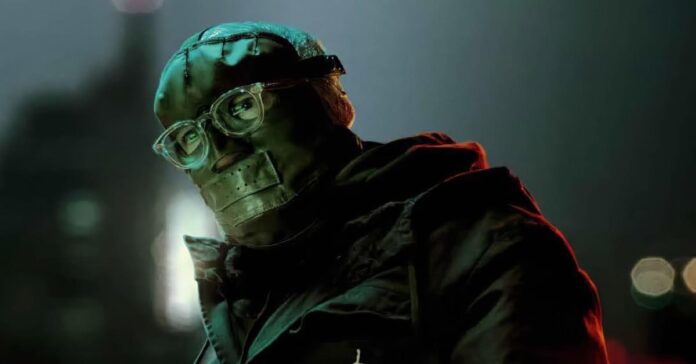 We all know Paul Dano’s face. We’ve been looking at it since L.I.E. and The Girl Next Door, right? So what makes this new clip from The Batman, in which we see the unmasked face of Dano’s Edward Nashton aka The Riddler so special? Because it’s the first time we see him without his creepy green Metal Men-esque mask.

Dano brought the clip with him to Good Morning America, and it shows Riddler being confronted by Gotham City Police Department. As he turns around with his hands up slowly, we see his unmasked face…and he looks like Paul Dano. No scars, make-up, tattoos, or anything. Disappointing.

It does look as if Dano’s take on the character will be considerably more subdued than Jim Carrey’s unhinged take in Batman Forever. The character, as far as I’m concerned, has yet to have a truly great portrayal on the big screen and maybe Dano’s will be it.