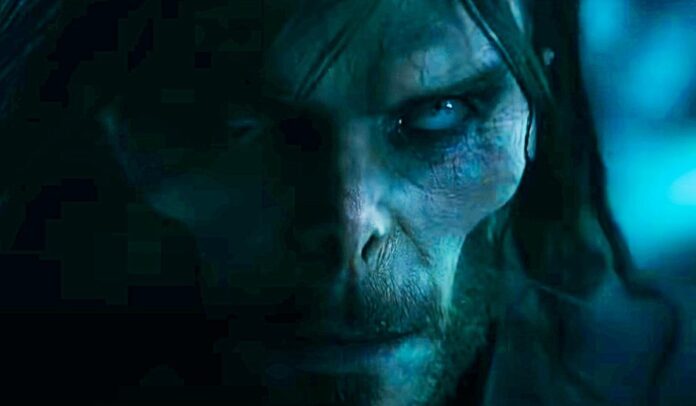 Spider-Man: No Way Home is one of the biggest movies of all-time, beloved by critics and fans alike. But how easy will it be for Sony to capitalize on that success? And is the Jared Leto antihero film Morbius the right film to do it? Well, if all things had gone according to plan, it would have been released months ago. But now, following on No Way Home, it opens with a lot more eyes upon it, and that could be a double-edged sword.

Leto stars as Michael Morbius, a doctor with a rare blood disorder who tests a dangerous cure on himself. The results are that he becomes a vampire-like creature with superhuman traits and a thirst for blood, which he uses to battle crime.

The film does feature an Oscar winner in Jared Leto and that will matter to some people. To my mind, this is also a negative because Leto…well, his track record for hit movies isn’t great and he tends to attract unwanted attention for outlandish performances, see what he did in House of Gucci as example. Sony is hedging their bets by leaning into this as part of their extended Spider-Verse of Marvel characters and a possibly connection to the MCU.

One of the most compelling and conflicted characters in Sony Pictures Universe of Marvel Characters comes to the big screen as Oscar® winner Jared Leto transforms into the enigmatic anti-hero Michael Morbius. Dangerously ill with a rare blood disorder and determined to save others suffering his same fate, Dr. Morbius attempts a desperate gamble. While at first, it seems to be a radical success, a darkness inside him is unleashed. Will good override evil – or will Morbius succumb to his mysterious new urges?