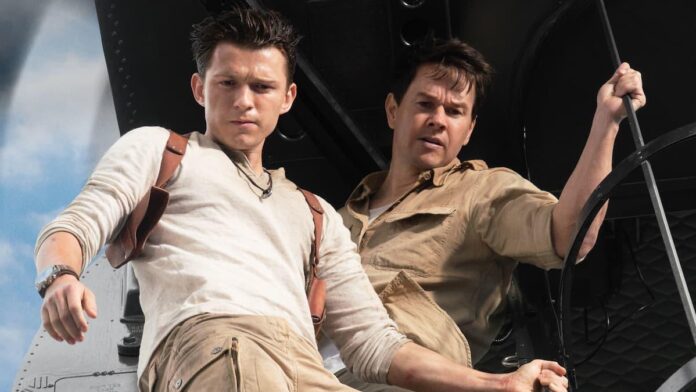 In recent days there have been a lot of blockbuster films moving around their release dates, but not so for Sony’s long-awaited Uncharted adaptation. It appears to be firmly entrenched for February 18th, but honestly, considering the development Hell this film went through I don’t count on anything until my ass is in the seat and the credits are rolling.

Tom Holland stars with the guy who was originally supposed to be lead, Mark Wahlberg, playing fast-talking fortune hunter, Nathaniel Drake, alleged descendent to Sir Francis Drake. Wahlberg plays his mentor, Victor “Sully” Sullivan, with the two setting off on a dangerous quest to find the lost fortune of Ferdinand Magellan, worth $5 billion. With that kind of money at stake, Nathan and Sully will have a lot of rivals on their trail. There’s also a secret Sully is holding about Nathan’s brother.

Ruben Fleischer, most recently of Venom and Zombieland: Double Tap, is behind the camera. He follows six previous filmmakers who took a stab at Uncharted, including David O. Russell and Travis Knight. And don’t even get me started on all of the casting. It’s a very long story.

But Sony has the movie they’ve long wanted to make, and it looks like an easy sell with lots of action and fast banter between Holland and Wahlberg. The rest of the cast includes Antonio Banderas, Sophia Ali, Tati Gabrielle, and Pilou Asbaek.

Street-smart thief Nathan Drake (Tom Holland) is recruited by seasoned treasure hunter Victor “Sully” Sullivan (Mark Wahlberg) to recover a fortune lost by Ferdinand Magellan 500 years ago. What starts as a heist job for the duo becomes a globe-trotting, white-knuckle race to reach the prize before the ruthless Moncada (Antonio Banderas), who believes he and his family are the rightful heirs. If Nate and Sully can decipher the clues and solve one of the world’s oldest mysteries, they stand to find $5 billion in treasure and perhaps even Nate’s long-lost brother…but only if they can learn to work together.