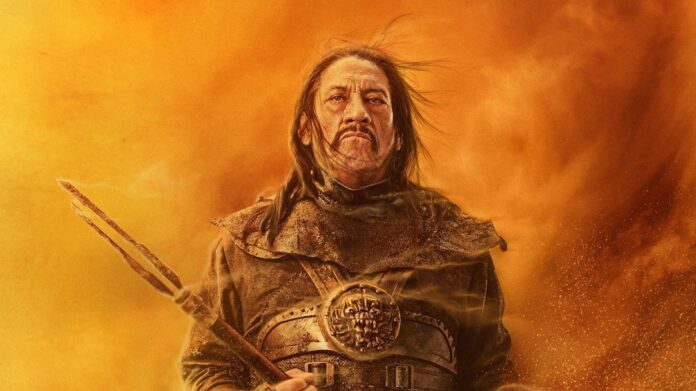 Last week’s episode of The Book of Boba Fett was not my favorite. I was disappointed by the fight with Black K, the speeder gang was pretty lame, and it just felt off compared to earlier episodes. That said, it did introduce a lot of new characters, and keeping with tradition they’re getting individual character posters.

First up, those speeder gang riders, featuring Jordan Bolger’s Drash and Sophie Thatcher’s Skad. Thatcher’s hot right now, appearing not only in this but having a lead role on Yellowjackets. Anyway, the gang look pretty loyal to Boba Fett and Fennec Shand for now, but I see them either dying off or betraying Fett, then getting killed. We shall see.

Director Robert Rodriguez’s pal Danny “Machete” Trejo gets his own poster, having debuted in the Star Wars universe as the rancor handler. Plus, it’s probable the only reason Mos Espa shopkeeper/complainer Lortha Peel got a poster is because he’s played by the great Stephen Root.