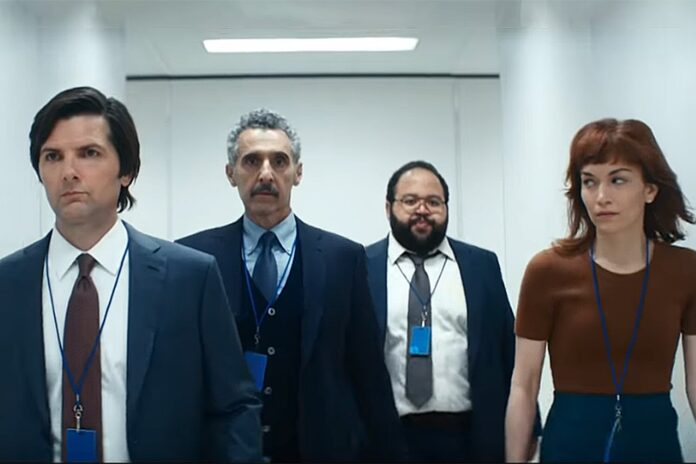 Adam Scott loves him some workplace comedies. The Party Down and Parks & Rec star has landed another one, Severance, for Apple TV+ that’s a little bit like if The Office met Eternal Sunshine of the Spotless Mind.

In Severance, Scott plays an office drone who submits to an experiment that basically eliminates that whole “work/life balance” problem.  When at work he can’t think about his personal life, when on his personal time his professional life doesn’t factor in. The series comes at a time when people are seriously weighing their options and whether a return to work is even feasible.

In ‘Severance,’ Mark Scout (Adam Scott) leads a team at Lumon Industries, whose employees have undergone a severance procedure, which surgically divides their memories between their work and personal lives. This daring experiment in ‘work-life balance’ is called into question as Mark finds himself at the center of an unraveling mystery that will force him to confront the true nature of his work… and of himself.