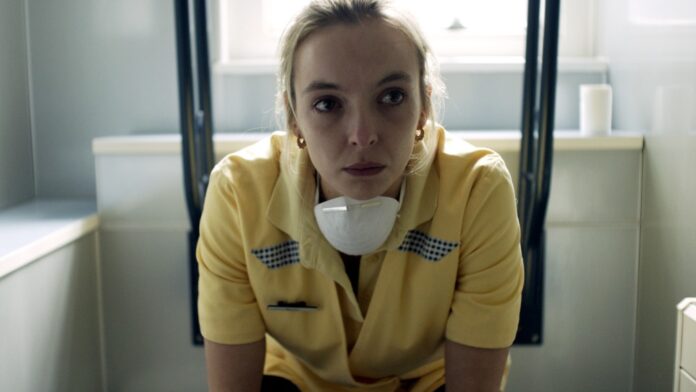 Jodie Comer is red-hot right now, and not just because a fourth and final season of Killing Eve is weeks away. She was the very best reason to watch Ridley Scott’s The Last Duel, and had a memorable performance in Free Guy. But the next thing you’ll be able to see her in is a television movie on Acorn TV titled Help, and it has to do with the COVID-19 pandemic in the UK.

Originally airing in the UK last fall, Help stars Comer and the underrated Stephen Graham (Venom: Let There Be Carnage) in a story covering the pandemic’s impact on an assisted living facility.

The series is directed by Marc Munden (Utopia) from a script by Enola Holmes and The Aeronauts writer Jack Thorne.