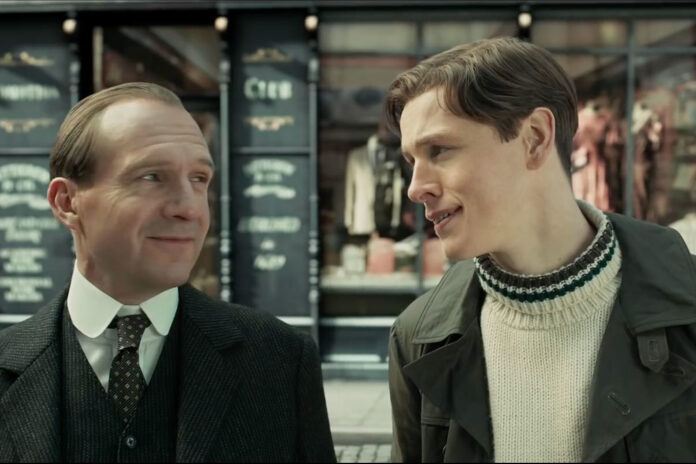 More than two years after it was originally dated for release, The King’s Man is finally arriving in theaters. Matthew Vaughn’s latest Kingsman film isn’t the third chapter of the franchise continuing Eggsy’s journey through the spy game, seen in Kingsman: The Secret Service and Kingsman: The Golden Circle. It’s instead a prequel that goes back to the beginnings of the secret spy organization during the fires of WWI.

What’s interesting about The King’s Man is how it combines the over-the-top violence and style of the previous films, but in a historical context.  Ralph Fiennes stars as Orlando Oxford, a top agent for the British government as he works to stop a cabal of the world’s worst real-life tyrants. Rhys Ifans stars as Rasputin, with Tom Hollander as King George, Tsar Nicholas, and Kaiser Wilhelm, Valerie Pachner as Mata Hari, Charles Dance as war hero Herbert Kitchener, Daniel Bruhl as Erik Jan Hanussen, and more.

Starring with Fiennes on the side of good are Harris Dickinson, Gemma Arterton, and Djimon Hounsou.

The King’s Man finally opens in theaters on December 22nd.

‘All Quiet On The Western Front’ Trailer: WWI Soldiers Face The Brutal Reality Of War