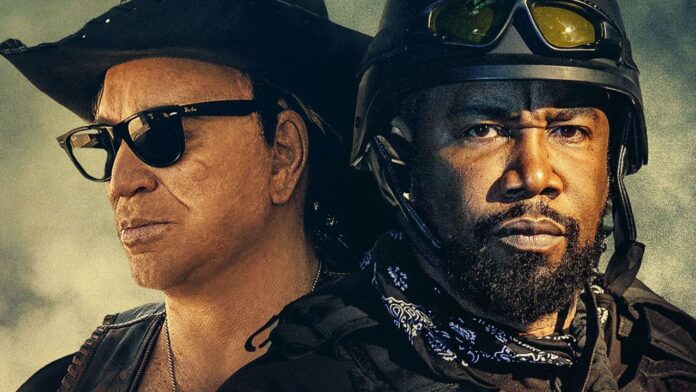 Say what you want about the action flicks from Saban Films. They know where their bread is buttered and don’t stray too far from the formula. Their latest, The Commando stars two genre stalwarts in Michael Jai White and Mickey Rourke, who will go face-to-face over millions in stolen cash.

The film is directed by Asif Akbar and also stars Jeff Fahey, Aris Mejias, Gianni Capaldi, and Donald “Cowboy” Cerrone. But the real hook for this type of movie is the matchup between White and Rourke. White plays a DEA agent with PTSD following a failed mission, who must defend his home from Rourke’s recently-released criminal after millions of dollars in stashed money is discovered.

White is one of the baddest dudes on the planet, and I wish he was doing bigger movies than this. But even when the movie is as generic as this appears to be, White is always worth checking out.

In this edge-of-your-seat crime thriller starring Michael Jai White and Mickey Rourke, an elite DEA agent (White) returns home after a failed mission when his family makes an unexpected discovery in their house – a stash of money worth $3 million. They soon face the danger and threat of a newly released criminal (Rourke) and his crew who will do whatever it takes to retrieve the money – including kidnap the agent’s daughters. Stakes are high and lives are at risk in this head-to-head battle as the agent stops at nothing to protect his family against the money-hungry criminals.