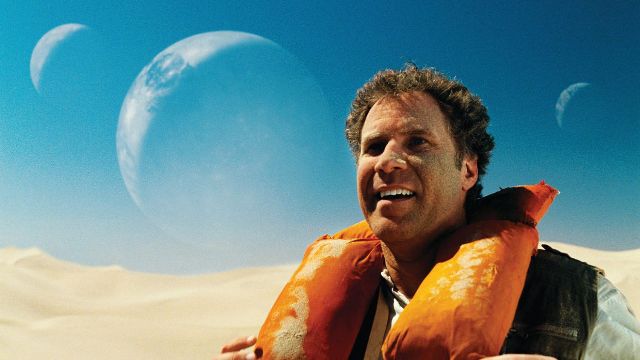 While it’s not one of those films considered for any awards, Barb & Star go to Vista Del Mar sure has a lot of fans. The bizarre comedy was a feather in the cap of director Josh Greenbaum, and it has led him to an even bigger project with a cast led by Jamie Foxx, Will Ferrell, and Will Forte.

THR reports Greenbaum will direct mature CGI comedy hybrid Strays, starring Ferrell, Foxx, and Forte. The script by American Vandal screenwriter Dan Perrault will have Forte as a “nasty human owner” who abandons his dog, voiced by Ferrell, who joins with strays, including one voiced by Foxx, to get some revenge.

Onboard as producers are Phil Lord and Chris Miller, along with Louis Leterrier. Lord and Miller have shown they have the golden touch on just about everything they do, including Into the Spider-Verse and this year’s The Mitchells vs. the Machines. Leterrier is known for his work on The Incredible Hulk, The Transporter 2, and Now You See Me.

In other good news, filming was already completed over the fall, with the dogs added in post-production through visual effects. So we may see this sooner rather than later.