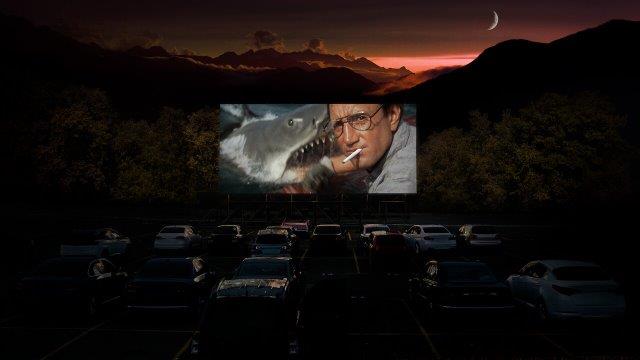 If you’re even passively browsing Punch Drunk Critics for this review, you have to at the bare minimum have an appreciation of movies and television. After all, we are called “Punch Drunk Critics” for our own love of cinema.

There’s something about the movies that allow us as a society to simply put aside whatever ills are plaguing us at that moment, and get lost into a story for the next two to three hours and get transported into another world. Movies are one of the few American exports that we haven’t shipped overseas and for good reason: movies are the perfect form of escapism and ever since they were silent films, they have been a part of our society. Everyone has their own coming-of-age moment where they say “that” movie that changed something within them. It’s an almost universal appeal that distinctly comes from the viewing, entertainment, and appreciation of movies. David Fincher (Seven, Zodiac, The Social Network, Mank, and countless other classics) continues his partnership with Netflix (House of Cards, Mindhunters, Love, Death, & Robots) teamed up with David Prior (AM1200, The Empty Man, The Offing) to bring VOIR, a 6-part docuseries containing various video essays from many well-known film critics (Walter Chaw, Drew McWeeny, Taylor Ramos, Sasha Stone, and Tony Zhou) in celebration of cinema.

Each episode has a specific critic discuss an idea/topic from a film that changes their perspective either in film or in life overall, and through the next 20-30 minutes allows the critic to explore that topic and why it is so important.

The first episode of VOIR is titled “Summer of the Shark” which explores just exactly what you think it would. The movie that pretty much changed the game Jaws was significantly impactful. Jaws literally invented the “blockbuster” as it was the first time that people were in lines around the block to see Spielberg’s classic film. Film critic/blogger Sasha Stone recounts the impact Jaws had on her life. It was a movie that she has seen countless times in the theater. It was a time when word of mouth (not Rotten Tomatoes, Metacritic, Twitter, or anything else) was the main driver to get you to go to the movies, and boy did Jaws have an impact not only on her, but our entire culture as a result.

VOIR’s second episode “The Ethics of Revenge” is an essay by Tony Zhou. This episode explores what we like about films where the good guy/gal goes about enacting “justice,” and usually through very brutal means. Such films as John Wick, various Clint Eastwood films, and the main thesis is on Sympathy for Lady Vengeance which was the film that was impactful for Tony Zhou. Through the presentation, Zhou provides details as to the specific tropes that make a revenge film impactful and successful, but his keep eye of Sympathy for Lady Vengeance identifies what makes that type of revenge film rise above the others in great detail. Another cool thing about VOIR, this docuseries will make you want to revisit some of your favorite films with new eyes.

The third episode of VOIR is titled “But I Don’t Like Him,” and explores the notion of our fascination with “heroes” that aren’t necessarily good people. Film critic Drew McWeeny’s go-to movie for this example is Lawrence of Arabia. It’s one of his favorite films, he watches it at least once a year by default, but he really can’t say that he “likes” Lt. Lawrence, because he’s not necessarily a good person. Why do we identify with quote-on-quote heroes that are incredibly flawed and not necessarily good people? Other films explored include The Wolf of Wall Street, The Comedian, The Godfather, and Raging Bull. In fact, there’s a segment just to highlight how martin Scorsese usually has us identify with protagonists in his films that are almost horrible people. But there’s something about them that makes us still interested in their journeys

VOIR’s fourth episode “The Duality of Appeal” is an essay on animation. Narrated by Taylor Ramos, who is himself an animator (both he and Tony Zhou are probably most known for their 28-video essay Every Frame Is a Painting), this episode explores just what makes animation well, animation. It’s not as easy as just drawing over and over. There’s a method and approach that goes into every frame from your favorite animated films. Ramos also showcases the difference between different styles of animation. What works for 2D animation has to be done differently in a 3D or a CGI animation project. This episode works well as helping orient the viewer to the world of animation. While other episodes focus on how movies make us feel, this one specifically is almost a crash course in how these types of movies get made and why they are so great.

In the fifth episode “Film vs Television,” VOIR explores the interesting relationship that has always existed between the movies we see on the big screen and the TV shows we watch in the comfort of our own homes. Taylor Ramos narrates this one as well as he gives us a deep history lesson on how the two industries have been separate, but lately, the lines have been blurred as TV now is capable of the same engaging stories that once only existed on the big screen. Ramos argues that when HBO came out with The Sopranos (personally I think it was HBO’s Oz), that opened the floodgates for new and inventive storytelling that can be seen on the small screen. He breaks down that TV has become great for long and serialized storytelling, but movies still can tell engaging movies in their own way, just not as stretched out.

The final (and most interesting) episode of VOIR is “Profane and Profound.” Narrated by Walter Chaw, this episode explores the impact that 48 Hours had on pop culture. Now we normally don’t think of 48 Hours as having that big an impact, but Chaw makes the case that this movie was one of the first movies to tackle race in the buddy cop genre in a very interesting way. It’s also Eddie Murphy’s first feature film that launched him to become the megastar that he is today. He breaks down all the ways the movie highlighted racism (personal and systemic) throughout the film, and also how Eddie Murphy’s character Reggie Hammond who despite Nick Nolte’s Jack Cates trying to assume racial superiority/dominance throughout the film, was able to turn things in his favor through his intelligence and charisma. One doesn’t normally think of that movie to be as impactful when it comes to examining race, but thanks to the essay in VOIR, you almost certainly will want to rewatch 48 Hours again.

Overall VOIR is a great docuseries. Taking the approach that it is a series of visual essays allows the viewer to listen to the essayist comment on what they love about the topic, with some great visuals, you never feel bored while watching. In addition, kudos to Netflix for not just showing Netflix movies/shows. I’m sure they paid a few bucks to be able to use footage from their friendly competition of HBO, Disney, and others (or films currently not under Netflix licensing agreements) as examples of the themes explored in the essays. Netflix also couldn’t help but get a cheap shot in at HBO for that horrible last season of Game of Thrones though.

Unfortunately, VOIR is made for cinephiles like us, which limits who will probably chick to watch it on the streamer. This probably will have a selective audience of hardcore movie fans: people who simply just love movies, and won’t probably bring anyone who wasn’t already in the bag to opt to watch the docuseries. However, the episode focusing on animation should be watched by anyone who’s interested in becoming an animator as it’s incredibly informative. The rest of the episodes are made for people like us, who love movies and explore their deeper meanings.

VOIR is currently streaming on Netflix.