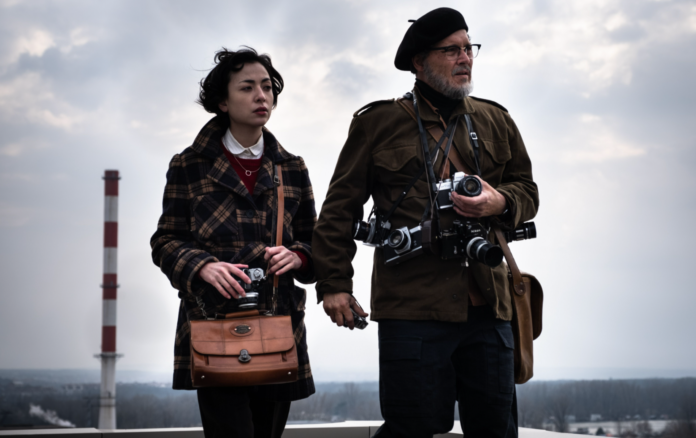 So, if you’ve been paying attention to movie/celebrity news recently, you’ll find that Johnny Depp’s name has been all over the place. The release of the third Fantastic Beasts film in 2022 has caused quite a stir of Depp being replaced with Mads Mikkelsen. In other news, Depp has been slowly gaining favor to rightfully defend his name and reputation. Ex-wife Amber Heard, who slyly rode on the coattails of the ‘Me Too’ movement, (in my opinion, falsely) accused and slandered Depp as a domestic abuser. These alleged accusations have caused a plethora of bullshit including, him being blacklisted in Hollywood. Meanwhile, her life goes on as Depp is left trying to mend the pieces of the life he’s worked his ass off to achieve.

Aside from being replaced in the Fantastic Beast series, Depp was also fired from the Disney, Pirates of the Caribbean film franchise. The most recent film, Minamata, inspired by a true story, was also prevented from being released. That is until Iervolino & Lady Bacardi Entertainment (ILBE), Andrea Iervolino and Monika Bacardi’s public entertainment company, who’s listed on the AIM Italia market of the Italian Stock Exchange, announced that they have acquired North American distribution rights for the film. ILBE has partnered with Samuel Goldwyn Films to release Minamata in theaters beginning December 15, with plans to expand into 2022.

Minamata is an inspirational and timely drama directed by artist Andrew Levitas (Lullaby) and written by David K. Kessler, Stephen Deuters, Jason Forman, as well as Levitas himself. From Hanway Films, Minamata received its World Premiere as a Berlinale Special Gala as part of the Berlin International Film Festival 2020. The movie has opened internationally and has been warmly received, most notably in Japan where the film has been lauded by audiences and critics alike and has already garnered awards nominations.

Johnny Depp brilliantly stars as the celebrated and world renowned, American (B & W) war/humanitarian photojournalist W(illiam) Eugene Smith. His inspirational work was primarily published from the 1940s through the 1970s in Life Magazine (NYC) and the Magnum Photo agency based out of Pittsburg, PA. His major photo essays (prior to his work in Minamata, Japan) includes striking war images from WWII, the incredible visionary works of The Country Doctor (taken in Kremmling, Colorado),  Albert Schweitzer (taken in West Africa), and the seductive Jazz Loft Project images (taken in is Midtown Manhattan loft from 1957 to 1965). Smith has been described as “perhaps the single most important American photographer in the development of the editorial photo essay.”

Minamata takes place in 1971 where we find Smith at his east coast residence, living as a recluse and disconnected from the world he once shot. He is 100% invested into his work when he’s not consuming copious amounts of alcohol to satisfy his hunger and suffering severe flashbacks of war images that are in itself, photographically imprinted into his mind and soul. He is visited by the impassioned Japanese translator, Alileen (Minami) who is encouraged by her local villagers to enlist Smith’s help to expose the toxic waste being dumped into their water supply. Eugene (Depp) basically kicks the doors down to the office of Life Magazine editor, Robert Hayes (Bill Nighy) and demands to cover the story. Given that Hayes hasn’t had a popular cover story in the time since taking his position at Life, he goes against the rocky relationship between the two and grants Smith permission.

Eugene travels to the Japanese coastal city of Minamata, and discovers that the residents have been ravaged by mercury poisoning from decades of gross negligence by the country’s Chisso Corporation. A major industrial corporation run by Junichi Nojima (Jun Kunimura) who does his best to bury the stories and chalk the locals up as weak and poor. Mitsuo Yamazaki (Hiroyuki Sanada) leads and recruits more locals in the fight against the toxic waste dump of the Chisso Corporation. More and more people turn up as does the heat between Smith, the locals, and the Chisso Corporation that can’t be disregarded any longer. Smith’s most powerful image comes from a mother and her child who’ve been severely affected by the mercury poisoning. A stunning black and white photograph captured in a traditional Japanese bath house titled, Tomoko in Her Bath, Minamata, Japan, 1972.

Minamata is shot in a classic Sepia tone reminiscent of the 1970s film and tv era. The musical soundtrack teeters from American rock and jazz to hauntingly beautiful Japanese orchestration. The landscape imagery for this film is simply meaningful and gorgeous.  Depp’s character can be seen secretly photographing the horrific images of infected people condemned to hospital beds to the director’s camera panning toward the local fisherman. The sun is on the rise as they grab their baskets to catch the country’s primary and poisoned food source for the day. A grandmother teaches her child to scale a fish as a giant pipe unloads tainted waste into their water supply. Depp gives his all but is missing a key element to Eugene Smith’s portrayal. Smith is a man who’s seen the catastrophic events of war and humanitarianism. Those experiences for any kind of person will leave a mass of darkness that consumes and dictates the process of emotions. A double duty feature that delicately balances the art of taking photographs and being a human intertwined in the chaos of war.

Although he dove into his Hunter S. Thompson box of experience when it came to addiction consumption, Depp lacks the dark and elemental torture embedded into Smith’s soul. Depp is not a man of darkness but he does understand pain and pouring everything he has into a role he sincerely admires. You’ll love him even at his character’s most dick-ish but brutally honest and highly respectable moments. Overall, the film is well put together and is completely relevant to the same shit that’s still going on to this day. Only, it’s not just small towns here and there anymore; it’s a global, multi-conglomerate, and highly politically driven force that is literally polluting everywhere. Minamata is a captivating film about environmental and mental transcendence filled with ingenuity and artistic revelation. A must see for sure.

Minamata has released in theaters December 15th and will expand into 2022.