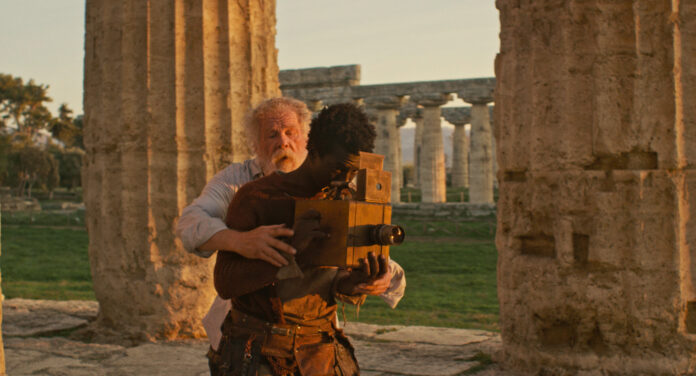 It’s 2086 and Kal (Kalipha Touray) is the last person on Earth in Last Words. It wasn’t always this way. As recently as two years before he was wandering through a rundown Paris with his pregnant sister. Kal was raised with nothing – no parents, schooling, or real future to look forward to. He had his sister, and that was about it. Until one day, he doesn’t anymore – and life is no longer worth living. Yet he couldn’t end it, for some reason. 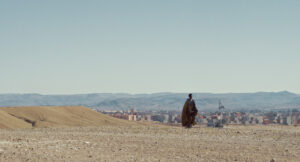 Then he stumbles upon Shakespeare (Nick Nolte). Shakespeare is from Los Angeles and used to be in the film business. That is until the shit hit the fan and he took his family overseas. Seeing how he’s living alone in the basement of a building spooning a movie projector, that didn’t end well either. Shakespeare introduces Kal to film and he’s immediately enthralled. Shakespeare has built a projector that is powered by peddling a stationary bike since electricity is a thing of the past. The unlikely pair ends up bonding over film. Shakespeare provides Kal with what he needs to build the last camera to capture the end. 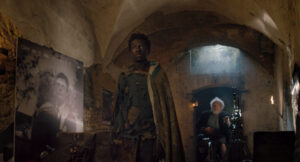 Before long the men set off together to find others to share their love of film with. They stumble upon a community of about 400 who welcome them in. The self-proclaimed leader is Zyberski (Stellan Skarsgard) who is also the doctor. Batlk (Charlotte Rampling) who takes a particular interest in Kal. Then there’s Dima (Alba Rohrwacher) who Kal takes a particular interest in. Kal becomes the resident cinephile. Not only does he share old films Shakespeare has given him with the group, but he goes around filming his own. He tries to capture everyone’s stories – with some more willing to indulge him than others. 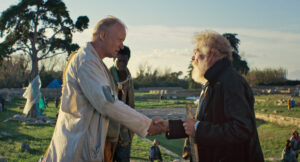 Jonathan Nossiter wrote and directed Last Words. The film is based off Santiago Amigorena’s novel Mes Derniers Mots (translated to My Last Words). Last Words explores humanity from the end. The brink of extinction and all comforts stripped away. Nossiter includes interesting touches about common societal standards (well pre pandemic) like handshakes that we take for granted. Last Words explores the power of film and entertainment. How something as simple as getting together to play a movie can bring everyone together. How it can provide laughter in a desolate world. One of the film’s successes was the world itself. Nossiter is able to build a realistic post-apocalyptic world. The settings are all believable and help draw the viewer in. Nossiter uses flashbacks to help move the narrative forward and give us a glimpse at certain character’s pasts. However, these looks are simply not enough. 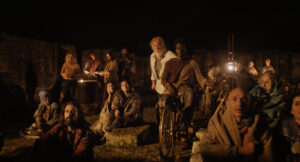 One of the main issues in Last Words is the lack of character development. It is extremely difficult to feel connected to any of the characters. This lack of connection leads to an apathy surrounding what happens to them. Kal begins the film by telling the audience that he has “no one left to tell stories to.” Even if he did, he has “nothing to say.” There were times during the over two-hour runtime that I found myself wishing that were true. The interesting premise established at the beginning of the film slowly fades. A majority of Last Words is mundane and repeats itself. Kal’s opening narrative makes it clear that a happy ending isn’t coming. Unfortunately, the expected climax as to why never comes. A combination of characters you aren’t invested in, a dragged-out narrative, and an underwhelming climax result in Last Words being one to skip.