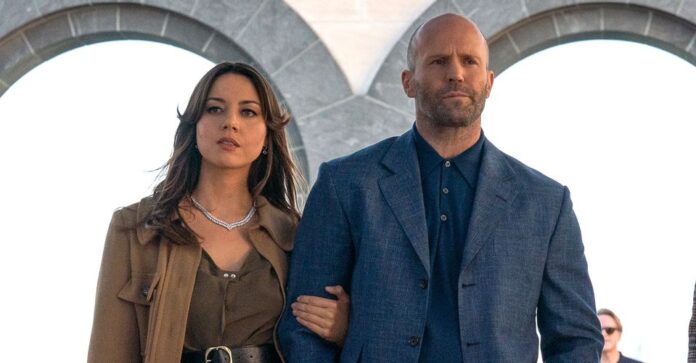 Guy Ritchie continues to be on an incredible roll, and what’s great about it is his decision to direct Disney’s Aladdin is only one part of it. Following that up with two hits in a row, The Gentlemen and Wrath of Man, the latter a reunion with star Jason Statham, Ritchie is back again with Operation Fortunate: Ruse de guerre, which opens next year.

Teamed up once again with Statham, Operation Fortune follows a super-spy who must stop the sale of deadly weapons technology, but in order to do it he needs the help of Hollywood’s biggest star.

Kinda sounds like a bigger version of 1991’s The Hard Way with Michael J. Fox and James Woods. I’m down for that.

In the film, super-spy Orson Fortune (Jason Statham) must track down and stop the sale of a deadly new weapons technology wielded by billionaire arms broker Greg Simmonds (Hugh Grant). Reluctantly teamed with some of the world’s best operatives (Aubrey Plaza, Cary Elwes, Bugzy Malone), Fortune and his crew recruit Hollywood’s biggest movie star Danny Francesco (Josh Hartnett) to help them on their globe-trotting undercover mission to save the world.