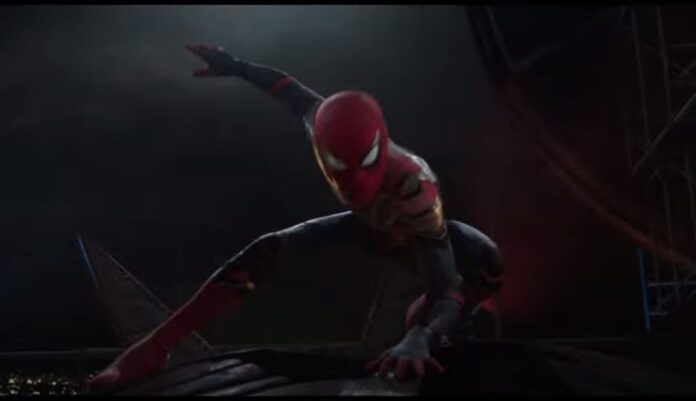 Whewww….who can rile up a movie-going audience like Spider-man? The past few weeks have been abuzz about the second trailer for Spider-Man: No Way Home, with reported leaks hitting the web, posters being analyzed like the Zapruder Film, and just a ton of all around fan excitement. Well, the second trailer is here and, depending on what you were looking for, you may be a bit let down.

First, those supposed leaks showing Matt Murdock and the three Spidey’s in one shot? Yup, not there, somewhat unsurprisingly. What we DO have is a much deeper look at the plot and some visual confirmation on a version of the Sinister Six. Some of the villains get plenty of facetime with Doc Ock leading the pack. Then we get a good shot of Willem DeFoe’s Green Goblin. The rest don’t get so much spotlight there are some quick shots of a poorly CGI’d Jamie Foxx as Electro, a brief glimpse of Dr. Curt Connors aka The Lizard stalking Spidey atop some construction equipment and a blink and you’ll miss it look at, what appears to be, Harry Osborne aka The Hobgoblin. So there’s 5, the sixth is more of an assumption as he doesn’t appear in full form. That being said, based on the amount of random sand floating about I think we can confirm Sandman as the last member of the six.

You have you’re bad guys, but why? We got from the first trailer that the entire movie springs from Peter enlisting Dr. Strange’s help in making the world forget that he’s Spider-Man (and then messing up the spell as it’s cast). We get a few great looks at, what may be, my new favorite match up in the MCU, Stephen Strange and the Super-hero Scooby Gang (Peter, MJ, and Ned). Whatever went wrong in the spell caused villains killed by Spider-Man in other dimensions to appear in the MCU looking for spider blood.

The trailer ends on an obvious homage to the iconic death of Gwen Stacey, but with MJ in her place. I’m sure this is just a fake out and will end up like Rami’s film, instead of Marc Webb’s. Don’t worry Spider-Friends, even though we didn’t get to see the Spidey’s all on one screen it seems pretty obvious at this point that they will show up to help save the day during the film’s climax. There’s no other logical way for Peter to take out six of his strongest super-villain’s at once.