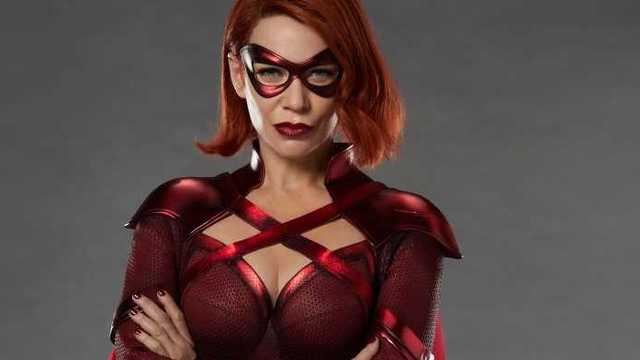 In what I think is a perfect bit of casting, The Boys season 3 landed The Walking Dead alum Laurie Holden to play Payback member Crimson Countess. And confirming just how spot-on it was, Holden has shared a first look at herself in costume. Not only is it comic book accurate, so is her sneer.

Time for some Payback!
I can’t wait for the world to see Crimson Countess in action. Tune in to VNN on Sunday for a preview. #TheBoysTV #PrimeVideo ⁦@TheBoysTV⁩ ⁦@FANologyPV⁩ pic.twitter.com/3AR48Uf03R

In the comics, Crimson Countess has a variety of heat-related powers, and it was teased she had a relationship with the villain Stormfront, who we saw played in season 2 by Aya Cash. Whether they find a way to include that aspect of her story remains to be seen.

Hopefully this means a trailer for The Boys next season will arrive soon.

Can’t Wait For ‘The Boys’ Season 3? Amazon Has You Covered With The ‘Seven on 7 on VNN’ Digital Series