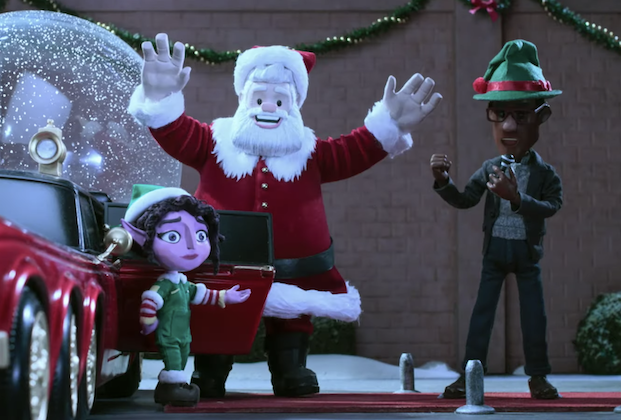 Seth Rogen in an animated Christmas series? You already know that shit won’t be for the kiddies. And sure enough, Santa Inc. is pretty raunchy and features Rogen alongside Sarah Silverman, who has been known to push the limits herself. It’s made by the same folks behind Sausage Party, so what more should you expect?

The HBO Max series Santa Inc. features the stoner-esque stylings of Rogen as Santa Claus, with Silverman as Candy Smalls, an elf who longs to be the first female Santa. Let’s just say, she’s not all candy canes and mistletoe…

“Let’s get these fucking kids some fucking presents!”, Candy shouts early on. There’s also some elf nudity so be careful about watching this at work, I guess? Do elf tits count as inappropriate for the workplace?

In this series from Seth Rogen and Sarah Silverman, intrepid elf Candy Smalls (Silverman) will do anything to be named as the first female Santa – even if she has to fight like a man to get it.