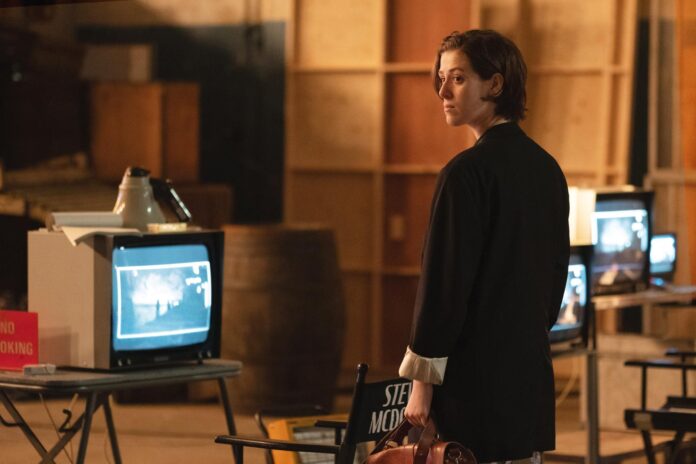 I quite loved Joanna Hogg’s insightful, wrenching semi-autobiographical The Souvenir, in which her cinematic younger self, played wonderfully by Honor Swinton Byrne, copes with her filmmaking aspirations and the emotional toll of loving someone with a secret double life. While Hogg had always conceived of this story as a two-parter, it never felt to me like a sequel was truly needed. I’m not sure The Souvenir Part II changes my feelings on that, but as it explores grief and the overcoming of it through art it does have me thinking a third chapter is warranted.

Set shortly after the tragic events of the first film, The Souvenir Part II finds Julie Harte (Swinton Byrne) still reeling from the overdose death of her lover, Anthony, a man whose addictions often played out in abusive mood swings followed by acts of devotion. This cruelly affected her emotional state through most of the last film, and Julie still struggles with her feelings towards him. An aspiring filmmaker who has been laboring to find her creative voice, Julie decides to make a loving tribute to Anthony in the form of her thesis project.

Good luck with that.

Making a movie is tough even when your mind is clear and objective focused, but Julie doesn’t have either of those working in her favor. Much of the film finds Julie grappling with her memories of Anthony and how that meshes with her creative vision. Her uncertainty causes clashes with her colleagues and the school’s staff, who at one point threaten not to pass her if she proceeds with the sloppy film she can barely bring herself to describe coherently. Most interesting are Hogg’s personal insights into the movie-making process, especially at the sub-arthouse level; the grind of shooting on a budget, the creative compromises, the clashes. I would argue this was the most interesting aspect of The Souvenir Part II and wish there was more of it than Julie’s lingering over Anthony, a character whose presence, while charismatic at the time, does not loom over this sequel at all.

There are beautiful, quiet moments between Julie and her somewhat clueless parents, one of which is played by Swinton Byrne’s real-life mother the great Tilda Swinton. I like that their interactions can be a little bit messy. Early on, Julie tells her mother that her period is late, and she really doesn’t know what to tell her daughter. Then the dad comes in and he’s just sort of happy to be there. While they might not be perfect parents, you always feel they want to be part of Julie’s life and to show their support. They accept their daughter’s continued grief over Anthony, who was a tough person to like.

The thing about The Souvenir Part II is that you REALLY need to be invested in Julie to care about any of it. Hogg, in exploring her personal memories of this period in her life, has created a film that feels like she’s finally taking a deep breath and unloading a heavy burden. But it’s also a very specific sort of situation for someone living a very exclusive kind of life and not everyone will be able to connect with it.  Moments of humor are few and far between, with most coming from Julie’s pompous colleague Patrick, played once again by the hilarious Richard Ayoade. With his wild hair reaching ambitiously to the stars, Patrick goes into a screaming fit when everyone, including Julie, fails to properly describe what they like or dislike about his movie. Then, running into Julie in an alley one night, arrogantly describes how he left the film in the final edit, and how he always wanted to be the next Orson Welles.

In the way Tilda Swinton frequently works with the same filmmakers repeatedly, I hope Swinton Byrne and Hogg becoming a continuing pair. Hogg looks back at her youthful self with a discerning eye, refusing to veer into oversentimentality or to cut herself any slack. Swinton Byrne cooly reveals Julie’s overwhelming despair over Anthony, and her frustration over wanting to honor his memory properly. The result? A pretty insane, meta exercise that ends as quickly as the rest of The Souvenir Part II was deliberate.  It also leaves you wanting to see the next phase of Julie’s life and career. While I think Hogg could have left well enough alone after the first movie, the sequel continues a story surprisingly rich with the hope that only art, and the creation of it, can provide. It makes you want to see how Julie evolves further on a professional and romantic level. Perhaps Hogg still needs to get a bit more distance to tell that story.